Delhi Capitals are awaiting second test results for both Nortje and Kagiso Rabada because as per the IPL SOP, all players who have a positive result are tested once again in order to ensure that first RT-PCR outcome wasn't a false one. 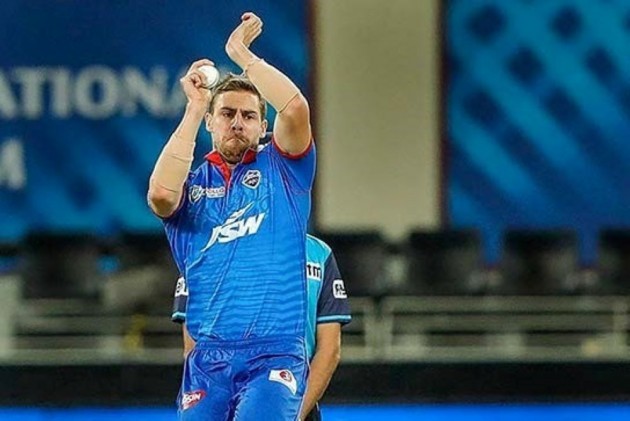 There are reports that Nortje has tested positive but Delhi Capitals management hasn't yet come out with any official statement. As per the IPL SOP, all players who have a positive result are tested once again in order to ensure that first RT-PCR outcome wasn't a false one.

Nortje and fellow paceman Rabada had travelled together and reached Mumbai on April 6. They were supposed to be available from the second game after the completion of their seven days of hard quarantine and a negative RT-PCR result.

"At this point, we only know that Anrich Nortje's results are awaited as he is in quarantine. We can only tell you further after we get the test results," a DC source told PTI on conditions of anonymity.

It is understood that the franchise is waiting before making an official announcement as there has been an earlier instance of a false positive. Kolkata Knight Riders' batsman Nitish Rana was the player involved in that case.

Rana had first tested positive after joining the KKR camp but his next RT-PCR result turned out to be negative.
As of now, Delhi Capitals' Axar Patel is in isolation after testing positive for COVID-19 before the start of the tournament. Patel hasn't yet fully recovered from the virus.

Royal Challengers Bangalore's Devdutt Padikkal also tested positive but recovered in time to be available for the team's second game against Sunrisers Hyderabad.