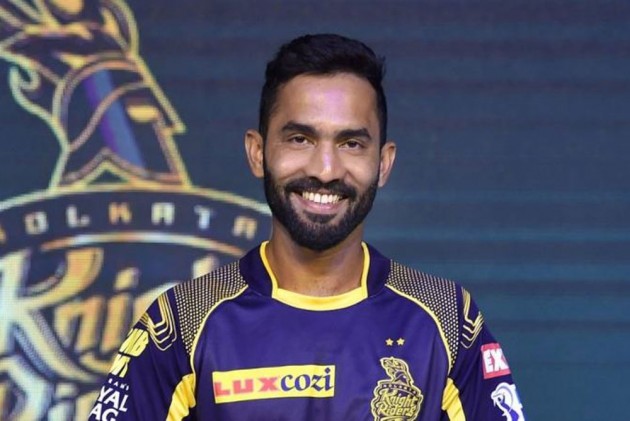 It will be a herculean task for them but Kolkata Knight Riders batsman Dinesh Karthik is confident that his side can win six out of their remaining seven matches and qualify for the IPL (Indian Premer League) playoffs. (More Cricket News)

The two-time former champions did not have a great run in the first phase of IPL 2021 as they could manage just wins from seven matches.

They are languishing at the bottom half of the table as the IPL is set to resume in the UAE in a few days from now.

The Eoin Morgan-led side will resume their IPL 2021 campaign against Royal Challengers Bangalore on September 20.

The 2020 edition of IPL saw KKR lose out on a last-four berth owing to a not-so-healthy Net Run Rate.

"Last year when we were in UAE, we missed it (qualifying for playoffs) by a whisker. We won as many matches as the last team had won but still just missed it by a whisker. Two years on the trot, we have been fifth on the table. That's something that still gnaws at me," Karthik said.

Karthik, who is back with KKR after a successful stint as a commentator in the UK, insisted that the team would focus on the positives and continue to play aggressive cricket.

"KKR is known to play very positive and aggressive cricket. I want that to come through in the second half. I still think the team spirit is good. We're positive and we've a coach who's always infusing positivity into us," he said.