IPL 2021: I Am A Slogger, Says Chris Morris After Rajasthan Royals' Sensational Win Over Delhi Capitals

Chris Morris, the most expensive player in IPL history, reflected on his match-winning heroics against Delhi Capitals in the 7th match of Indian Premier League (IPL) 2018 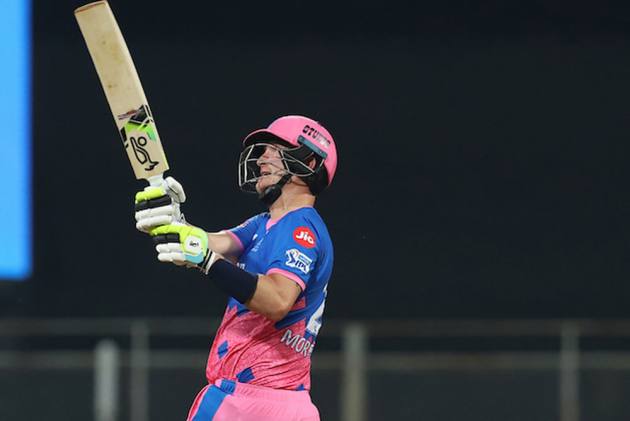 After the three-wicket win in the final over, Morris, who was acquired for a record sum in the IPL auction earlier this year, said humbly said that he's a slogger who swings at everything. He even credited golf, another sport that he loves.

The Royals were on the ropes at 42/5 during their reply to the Capitals' total of 147/8, yet David Miller's fighting innings of 62 helped keep them in a see-saw contest in Mumbai. Then came his Proteas team-mate, Morris. Needing 27 from the final two overs, Morris hammered four sixes – including two off compatriot Kagiso Rabada – to sensationally steer Rajasthan home with two balls to spare.

The Royals hadn't beaten the Capitals since 2018. But Morris, who was denied the chance to be the hero in their opening game, ensured that the former champions have their first win against the Rishabh Pant-led side in five outings.

Morris also reflected on what happened during their chase against Punjab Kings. Skipper Sanju Samson had turned down a single from the penultimate delivery, then got out when needing six to win.

"The last game, the close game, we took so much out of that as a team. Chasing 222, it's quite a daunting task. For us to get as close as we did on the day, we took a lot out of that first game of ours. Guys took a lot of confidence into the game, but it's quite nice to know that we can win a game basically from anywhere after being down in the dumps. That's T20 cricket," the 33-year-old explained.

The Royals meet Mahendra Singh Dhoni's three-time champions Chennai Super Kings in the 12th match of the season at the same venue on Monday (April 19).