The BCCI on Saturday approved IPL 2021's resumption in September in the UAE. It was forced to suspend earlier this month after multiple cases of COVID-19 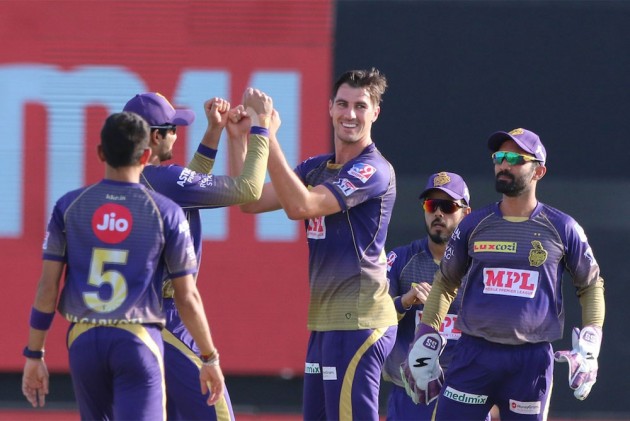 Kolkata Knight Riders pacer Pat Cummins is set to miss the UAE-leg of the IPL and Cricket Australia needs to make a call if it is prudent to let other Australian players compete in the League and spend more time in mentally tough bio-bubble. (More Cricket News)

The BCCI on Saturday approved IPL's resumption in September in the UAE. The organisers were forced to suspend the league earlier this month after multiple cases of COVID-19 were reported inside the bio-bubble.

"Cummins, despite a multi-million dollar IPL contract, has already said he will not return to the T20 tournament this season," a report in the 'Sydney Morning Herald' said.

Cricket Australia will have to factor in the workload and bio-bubble fatigue ahead of the T20 World Cup, scheduled to take place in India in October-November.

The Australian players had to serve a quarantine period upon their arrival back home via Maldives from India due to travel restrictions in the country in the wake of COVID-19 pandemic.

"CA will need to decide whether it's in the best mental health interests of its players to spend even more time in a bio-secure bubble," the report said.

"CA could decide the IPL will ensure players are fine-tuned for the World Cup, which could also be held in the UAE," the report added.

ECB's Director of Cricket Ashley Giles has already said due to a busy international schedule from June onwards, the English players are unlikely to be available for the remainder of the tournament.

Australia have a tour of West Indies scheduled from late June ahead of the T20 World Cup, followed by a Test against Afghanistan and the Ashes series.

"The Australians could also have a short tour of Bangladesh in August but that has not been confirmed. However, the Bangladesh board is planning for five Twenty20 matches."

The currently-suspended IPL saw participation from over 40 Australian cricketers, support staff and broadcasters.

The IPL, which was held in the UAE last season, has 31 matches remaining.