IPL 2021: It's About Execution, Says Kolkata Knight Riders Captain Eoin Morgan After Yet Another Defeat

Kolkata Knight Riders lost to Delhi Capitals by seven wickets, their fifth in seven matches so far in the Indian Premier League (IPL) 2021 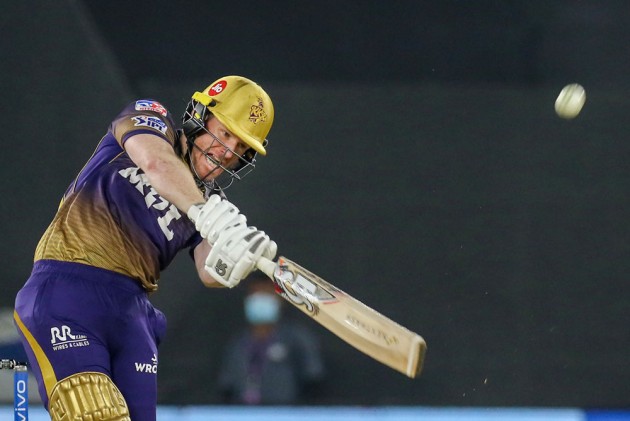 Kolkata Knight Riders (KKR) captain Eoin Morgan is a disappointed man. He took over captaincy reigns from Dinesh Karthik mid-season last year, but the Englishman is yet to stamp his authority -- at least according to the team's results. And he has blamed it on the "execution".

The two-time champions lost again, for the fifth time in seven Indian Premier League (IPL) 2021, on Thursday as Delhi Capitals handed them a seven-wicket humbling in Ahmedabad.

After the match at Narendra Modi Stadium, Morgan said his side were slow off the blocks with the bat and then lost wickets in the middle period before Andre Russell took them past 150.

Morgan and Sunil Narine got a dot got ducks after Shubman Gill played a promising 38-ball 43-run knock. But Andre Russell hit four sixes and two fours for 45 runs from 27 balls.

"Shaw played brilliantly, nothing much we could do. Also shows how good the surface was. We weren't good enough with all departments," Morgan said.

KKR did manage to take three wickets after that deflating Shaw-Dhawan stand with Pat Cummins claiming the wickets of both the openers and Delhi skipper Rishabh Pant. But the damage was done when Shivam Mavi was hit for six fours in the first over of the innings by Shaw.

"Cummins is part of our new ball plans. Mavi bowled four on the trot last game and bowled well. Just didn't go to plan today," Morgan added. "Hopefully we can turn things around. There is a huge amount of talent in our squad but talent alone doesn't get you far. It's about execution."

KKR next play Royal Challengers Bangalore in the 30th match on Monday at the same venue.