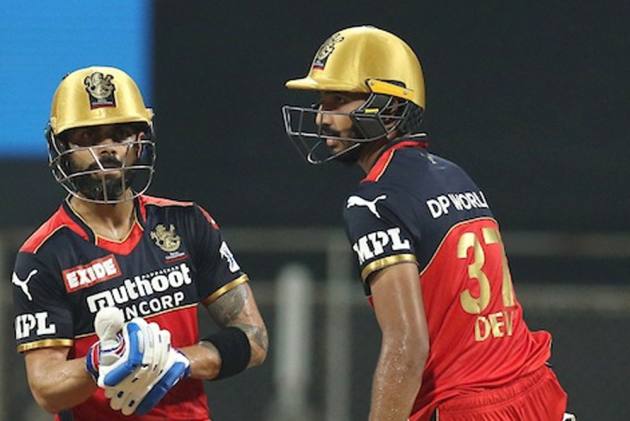 Royal Challengers Bangalore cantered to their fourth successive victory of the Indian Premier League (IPL) 2021 with a facile 10-wicket win over Rajasthan Royals on Thursday in Mumbai. Skipper Virat Kohli and his opening partner Devdutt Padikkal toyed with RR bowlers as they stitched an unbroken 181-run stand. Kohli, in the process, became the first-ever batsman to hit 6000 IPL runs. The skipper took some time to find his touch, but it was pure class from his younger partner Padikkal, who raced to his maiden ton in just 51 balls. Earlier, bowling first, RCB restricted the inaugural champions to 177/9 with Mohammed Siraj and Harshal Patel taking three wickets each. Follow live cricket scores and updates of Royal Challengers Bangalore vs Rajasthan Royals here.

9:30 PM IST: Rajasthan Royals scored 177 for nine against Royal Challengers Bangalore after being sent in to bat by Virat Kohli.