Mohammed Shami had the best season of his IPL career last year when he took 20 wickets at an economy of 8.57 but did not get much support from the other pacers 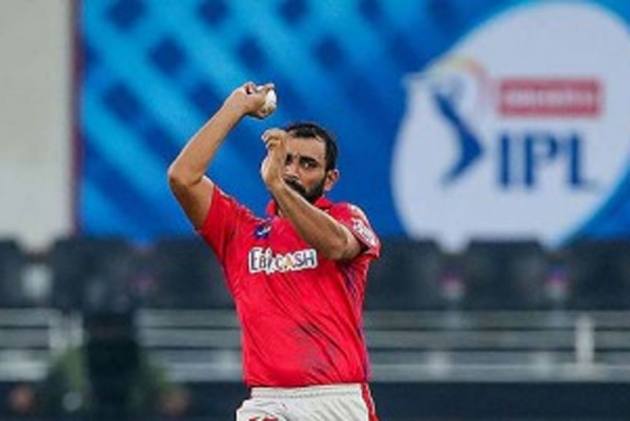 Having got injured while batting in Australia, senior India pacer Mohammad Shami says he is back to full fitness and looking forward to making another significant contribution for Punjab Kings in the IPL, beginning April 9. (More Cricket News)

Shami fractured his wrist after being hit by a short ball from Australian pacer Pat Cummins in the first Test in Adelaide.

For someone who has not had any fitness issues for a long time, the 30-year-old said he could not do much about that injury and just focussed on his recovery at the NCA, from where he got released on March 20 ahead of the IPL.

"I am absolutely fine and read to go. The injury while batting was unfortunate as I have not had an fitness issues for a long time but this was something I couldn't do anything about but it is part of the game," Shami told PTI.

"I always look at the positives. The last season was good for me and hope I can carry that form into the IPL. Because of the injury, I got more time be ready for a big tournament like the IPL.

"I was at NCA most of the time. I could have gone back home but because of the current COVID environment, I decided to spend more time at NCA as the facilities are much better and you can follow the COVID protocols."

Shami had the best season of his IPL career last year when he took 20 wickets at an economy of 8.57 but did not get much support from the other pacers, who leaked runs in the death overs, eventually costing the team a play-off berth in a mixed campaign.

The team has roped in Jhye Richardson, Riley Meredith and Moises Henriques to plug that gap.

"We can't change the past. I tried my best last season and also help the fellow pacers whenever I could. We got good overseas players now. It is a stronger squad so we should do better this time," said Shami of the team which won five games in a row but also lost matches they should have won, dashing their playoff prospects.

"Your mind has to be absolutely clear in the shortest format. As a unit we did good work but lost close matches we should have won. The support staff and players were frank with each other about that.

"Our death bowling seems better compared to last year, so we should do better."

International players including India skipper Virat Kohli have spoken about the bio-bubble life which has become the norm amid the pandemic. Shami said it is very tough on the players.

"It is very tough as you can't meet your friends and family the way you usually do. That helps take your mind off the game which is very important. But right now it is the need of the hour. It is better to have the bubble than not having the event at all," Shami added.