IPL 2021: Punjab Kings Got 'What They Wanted' After Spending INR 34.4 Crore At Player Auction - CEO 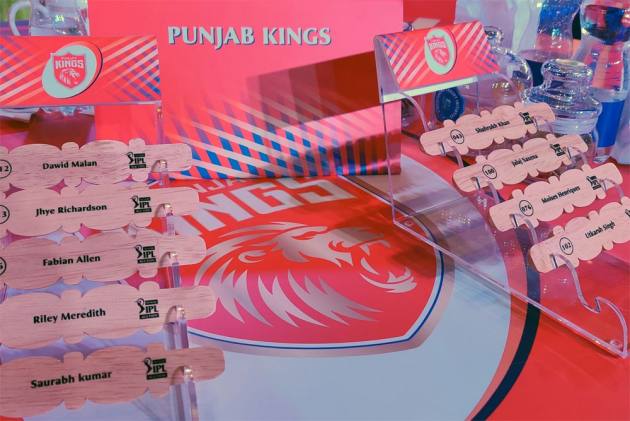 Punjab Kings CEO Satish Menon says there will always be a few misses at the IPL auction but the franchise still got "what they wanted" ahead of the 2021 edition as they bolstered their pace attack by grabbing Australian duo of Jhye Richardson and Riley Meredith. (More Cricket News)

Though their top four batsmen were on fire in the most recent IPL, Punjab's pace department leaked runs in the death overs and lacked firepower in the middle-order with Glenn Maxwell not performing as per expectations.

The team went into the auction with the biggest prize purse among eight teams -- Rs 53.20 crore - and shelled out Rs 22 crore for Richardson and Meredith.

"We got what we wanted. There is always going to be a few misses. We were looking out for real fast bowlers which we got. Both Riley and Jhye can clock up to 150kmph, Jhye is also handy with the bat," Menon told PTI.

"In the middle order, we wanted an all-rounder someone who can pull of tight wins and someone who has been with us in the past, Moises Henriques fit the bill perfectly. (Dawid) Malan is the number one T20 batsman in the world. We got our bases covered, it is now up to the players to perform," Menon added.

"We went on for Morris. Unlike a few other teams we needed nine people (to complete a squad of 25). We could not have gone longer for one player. That is the problem with smaller auctions."

However, they were happy about getting world's number one T20 batsman Malan for his base price of Rs 1.5 crore. In total, they bought nine players which also included Tamil Nadu's Shahrukh Khan and Australian all-rounder Moises Henriques, who returns to Punjab.
"We have options in all departments. We were keen on getting Moeen Ali. He was on the top of our list. Of course Shakib was there too but his availability could have been an issue."

With only four overseas players allowed in the eleven, Punjab Kings will have a tough time in the picking the team with Chris Gayle and Nicholas Pooran also in the mix. Malan can been seen as a back up to Gayle, who is expected to start from game one unlike last year.

"Everybody is back up for somebody in the squad. It is going to be tough call to choose the overseas players," said Menon.

Asked about not having much experience in the off-spin and Indian pacers' department, he said: "The point is not whether we have enough options in one department, it is about who is going to be in the playing eleven."

"You have got two good leggies in M Ashwin and Ravi Bishnoi. Fabian Allen is also there and Malan can bowl too."

Asked about not going for Umesh Yadav who would have been a good back up for Mohammad Shami, he added: "We would have liked to have him in the eleven but were not sure if he could be a part of it regularly. We already got Arshdeep who has done well and Darshan Nalkande who is also in good form."