IPL 2021: Punjab Kings Need To Shut 'This Off' And Turn Up Next Game, Says New Captain Mayank Agarwal 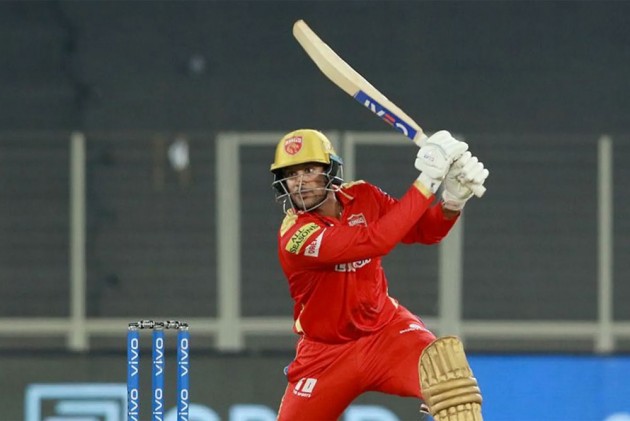 After losing their fifth game in eight matches this Indian Premier League (IPL) season, captain Mayank Agarwal urged his teammates to forget what has happened and put their best forward as they fight for a playoff spot.

"We have to shut this off and turn up next game and put our best foot forward, figure ways how to get those two points," Agarawal said after PBKS's defeat to Delhi Capitals in Ahemdabad on Sunday.

Agarwal, 30, was thrust into the captaincy role after regular skipper KL Rahul was flown to Mumbai from Ahmedabad hours before the start of their match against DC at Narendra Modi Stadium. The wicketkeeper-batsman was diagnosed with acute appendicitis, and is expected to operate on Sunday night at the Breach Candy Hospital in Mumbai.

In Rahul's absence, Agarwal will continue to look team -- an onerous task considering the massive task at hand. After starting the IPL 2021 with a thrilling four-run win over Rajasthan Royals, they suffered three back-to-back defeats, only to snap the losing run with a nine-wicket win over defending champions Mumbai Indians.

It was followed by another defeat against Kolkata Knight Riders, by five wickets, before bouncing back with a 34-run win over Royal Challengers Bangalore. But they failed to post successive wins, losing to Delhi by seven wickets Sunday., despite a brilliant unbeaten 99 off 58 balls.

"Would've liked two points but we were ten short on that wicket and for the kind of PowerPlay they had, we had to really scramble there," Agarwal, who was adjudged the Player of the Match, said during the post-match presentation.

Put into bat, PBKS set a target of 167 runs for Delhi in their return leg of the North India Derby. But Delhi produced a clinical chase to romp home with 14 balls to spare.

"One batsman had to bat through and that was the plan, it was my day and tried to get as many as we can but didn't get as many in the middle overs but at least ended well," Agarwal added.

PBKS next play RCB on Thursday at the same venue, then they move to Bengaluru.

Rahul is expected to return to action within a week or 10 days.