Unadkat, who has 84 IPL games under his belt, took time off to concentrate on the technical aspects of his bowling 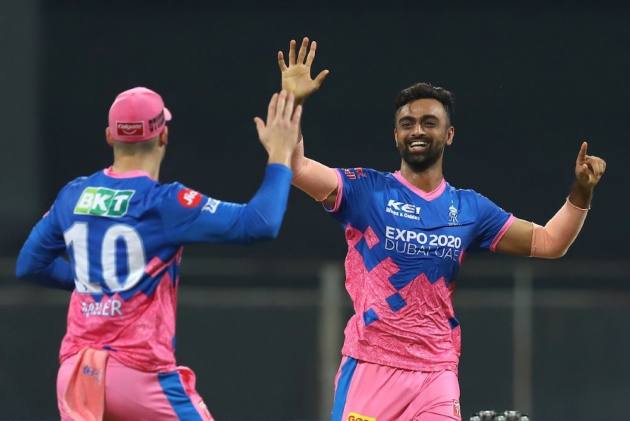 He had started the current IPL season on a bright note with a match-winning effort against Delhi Capitals and senior Rajasthan Royals speedster Jaydev Unadkat wants to carry on the good work, albeit with a tweak in his bowling action when the proceedings start in the UAE. (More Sports News)

Unadkat, who will be Royals' most experienced bowler with 84 IPL games under his belt, in fact, took time off from social media to concentrate on the technical aspects of his bowling.

"I have worked on some of the technicalities in my bowling. I wanted to make a few changes in my bowling action, so was working on that, and that itself requires a good amount of time, so I was devoted towards making those changes and getting used to them," Unadkat was quoted as saying in a media release issued by Royals.

"I wanted to do some work with my bowling and wanted to go off the attention a bit. It's always nice if you can have some time with only yourself and the family, and not really listen to what the outside world has to say about you," he elaborated.

The highlight for Unadkat during the postponed first phase in India was 3/15 figures against DC which earned him Player of the Match award and he hopes to continue in the same vein.

"It's been a good start for the team and for me personally as well. That game (against DC) was crucial, I was coming back into the team, so I had to do well. I was pretty happy with the way I was bowling in that part of the season, and I'll be looking to continue doing the same in this phase as well but with a few improvements that I've been working on during the off season."

Unadkat is expected to be a guiding force for the Royals bowling group, which also has young Chetan Sakariya in its ranks, who will be even more fired up after having made his international debut in Sri Lanka.

"He's (Sakariya) a very honest guy, keeps working hard for his game so it's good to see him get rewarded. He's been doing that for Saurashtra and now he did that for RR as well. So yes, really happy for him and I believe he'll only learn and get better as he's quite young."

Unadkat said that the duo have talked about the "technical aspects of bowling", and Sakariya comes up to him "whenever he has doubts in his bowling".

The role of a mentor is not something new for Unadkat, he said.

"I think I've been playing that role in our team for the past 2-3 years because of the experience I have in the IPL till now, and I quite like to do it. Nowadays to be honest, it's not about one leader in the pack, everyone who is coming in has played at the highest level somewhere or the other down the line."

Unadkat believes the "conditions will be similar to last year."

"It is harder to bowl when the boundaries are smaller like in Sharjah because the batsmen are more confident of clearing the boundary, but you got to accept the challenge and find ways to bowl.

"We know that those games are going to be high scoring, so you got to be aware that even if you get hit, you must come back stronger," he said.

On a batting belter like Sharjah, putting a plug on fours and sixes will be paramount.

"It's not about going for 24 runs or getting 2 wickets – it's about restricting those boundaries. In a ground which is small, and has flat wickets, every single ball matters. We've played quite a few games on all the grounds last season, and the wickets and the weather are going to be similar, and we're confident that we can do well," he signed off.