Playing his first game in almost five months, de Villiers brought back his hey days with a match-winning knock for Royal Challengers Bangalore against Mumbai Indians 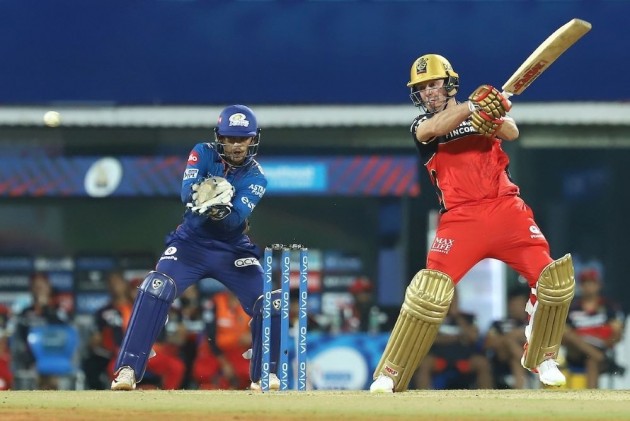 The high-risk game that he plays involves a "fear of failure" which has pushed the talismanic AB de Villiers to focus even more on dealing with the various challenges of T20 format.

Playing his first game in almost five months, de Villiers brought back his hey days with a match-winning knock for Royal Challengers Bangalore against defending champions Mumbai Indians in the IPL opener.

Asked how he manages to do that year after year, de Villiers replied: "It's not always very enjoyable. I try and play the situations that I am confronted with in the best possible way, sounds pretty simple. But fact of the matter is that when you bat in the middle order, the situation changes every time."

"It's a matter of adapting and trying to make most of it...It comes off more often than not," the Proteas legend told RCB 'Bold Diaries'.

But one can't escape the reality that there will be failures.

"But you always know that its possible that you are going to fail. Fear of failure always pushes me to focus more on the ball and do basics better. Try and get a start. It is important to start the first 20 balls well," he said.

Having retired from international cricket, the 37-year-old de Villiers admitted that when one plays top-level cricket with big gaps in between, getting back to rhythm takes time.

"I must say the work to get back to decent form was lot harder than before and the last match I played was in last IPL," he said.

"It doesn't mean that I didn't put in the hard yards and I started about two months ago. I had 2-3 months off, stayed fit in the gym and I started hitting cricket balls. Enough to get me to space, to get me going," de Villiers said.

De Villiers is confident that RCB will be able to capitalise on Sunrisers Hyderabad's lack of depth during their IPL game on Wednesday.

"It is a nice attack (SRH) to face, it is a great challenge. I always enjoy playing against Sunrisers Hyderabad. They can challenge you with their skill and they are always smart.

"It is a matter of us making sure that we get some partnerships and once we get on top of them, they are a kind of a team we can really dominate," he said.

"They do not have as much depth as some of the other teams in the IPL. If we get hold of them, we have to make sure that we do not allow them to make a comeback because that's where they are really dangerous," he concluded.