Ishan Kishan, who was one of the pillars of MI's triumph last season, is struggling for runs this season as the defending champions suffered their third straight defeat in UAE. 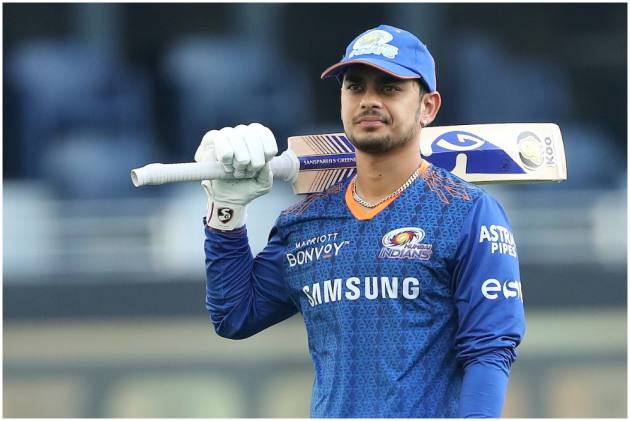 Mumbai Indians captain Rohit Sharma has backed his out-of-form MI teammate Ishan Kishan and doesn’t want to put too much pressure on the talented youngster, who has scored just 100 plus runs in nine games in IPL 2021. (More Cricket News)

Ishan Kishan is also a part of the Indian T20 World Cup team and his repeated failures closer to the big ICC tournament, are being noticed. (POINTS | HIGHLIGHTS)

“He is a talented player (Ishan Kishan). He’s had a terrific IPL last year. We want to back his natural game which is why he came up the order above Suryakumar Yadav. I don’t want to put too much pressure on the guy," said Rohit Sharma after MI suffered a defeat against Royal Challengers Bangalore in Dubai on Sunday. (RCB vs MI HIGHLIGHTS)

In the three IPL 2021 games so far in UAE, ishan Kishan has registered scores of 11, 14 and 9. On Sunday against RCB, the stylish left-hander was undone by a Yuzvendra Chahal wrong ‘un.
Racing down the track, the Bihar youngster tried to hit against the spin and his thick outside edge went to hattrick hero Harshal Patel at backward point.

Chasing RCB’s 165/6, Mumbai started on a rampaging note with Rohit Sharma (43) and Quinton de Kock (24) putting a 50-plus score in the Powerplay. But once both the openers were back in the hut, the rest of the MI batting fell like a pack of cards as none could score double digits.

From 79/2 in 10 overs, Mumbai were bundled out for just 111 in 18.1 overs. MI skipper Rohit Sharma knows that MI have made some great comebacks in previous IPL editions but somehow it is not happening currently.

“Batters let us down. That’s been happening consistently (losing their way with the bat). I have had a good chat with the batters. Those who are in (set), need to carry on.

“They (RCB) kept the pressure on us once a couple of wickets fell. Need to bounce back from whatever situation we’re in. We've done that in the past. Just not happening this season,” Rohit lamented.

For the record, this is for the first time RCB have bowled out MI in IPL history.

This is also the first time RCB have scored a double over MI in a season in IPL. The last time MI lost three successive matches was in 2018 when they started off with three defeats in the first three games.