RCB skipper Virat Kohli will join the RCB squad on Thursday. He is also likely to undergo the mandatory week-long quarantine 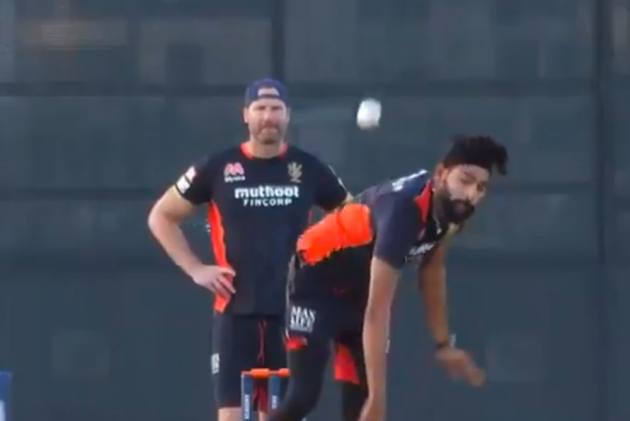 Royal Challengers Bangalore on Tuesday started a nine-day conditioning camp in Chennai as part of its preparation for the upcoming edition of the Indian Premier League beginning on April 9. (More Cricket News)

As many as 11 players, including spinner Yuzvendra Chahal, pacers Navdeep Saini and Mohammed Siraj, began their training under the guidance of Mike Hesson, director of cricket operations and head coach Simon Katich.

The rest of the players will join the camp after completing their seven day mandatory quarantine put in place by the IPL due to the raging COVID-19 pandemic.

RCB skipper Virat Kohli will join the squad on Thursday. He is also likely to undergo the mandatory week-long quarantine.

"A nine-day conditioning camp has begun for Royal Challengers Bangalore at the Centre for Sports Science (CSS) facilities at Sri Ramachandra Institute of Higher Education and Research, Chennai...," the franchise said in a release.

"The camp will provide an opportunity for all players to work with experienced coaches & staff like Sanjay Bangar, Sriram Sridharan, Adam Griffith, Shankar Basu & Malolan Rangarajan.

"The camp is focused on strenuous fitness drills for conditioning and strengthening regimes under the guidance of Shankar Basu," it added.

RCB will take on defending champions Mumbai Indians in the tournament opener to be played at the MA Chidambaram Stadium in Chennai on April 9.