Sanju Samson said Rajasthan Royals were 10-20 runs short since no boundaries were scored off the last 17 balls versus Sunrisers Hyderabad in an IPL 2021 match in Dubai. 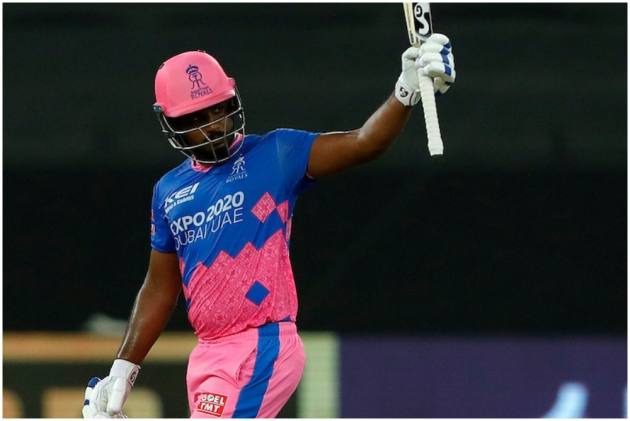 Rajasthan Royals (RR) skipper Sanju Samson on Monday rued that they could not finish their innings with a flourish from a strong position and lost to Sunrisers Hyderabad (SRH) by seven wickets, making it tougher for themselves to make the cut for the IPL 2021 playoffs.

The Royals lost momentum after Samson was dismissed as they could not find a single boundary in the last 17 balls of their innings. They added only two runs and lost two wickets in the final over, bowled by Siddarth Kaul.

“The last overs was the difference, you can say that,” said Samson at the post match presentation. “It was a decent score. The wicket was sticky, and they were bowling well. We could have got 10 or 20 runs more actually. I wanted to keep going, but we kept losing one or two wickets,” he said after RR could not defend 164 on the board.

“We got the target which we were aiming for after the time-out. We definitely need to work a lot on our batting and bowling... We need to be at our best each and every ball. We need to lift our standards.” The Royals now need to win their remaining four matches to stay in contention for the playoffs.

SRH skipper Kane Williamson said it was a ‘good feeling’ to have a win under their belt in a pathetic season for them. “We can say the performance was improved. There was clarity in roles too. Good to be on the right side. Want to build on this, want to see the younger players take their opportunity and enjoy the cricket,” said the Kiwi.

Williamson also acknowledged that they turned the game towards the end of RR innings. “The last two overs with the ball were critical. Sanju batted outstanding and they were looking to score more but we managed to close them into a par-ish total. “And then the partnership with the bat up top. We weathered the storms against the slower bowlers,” he said.

All praise for Jason Roy, who hit a blistering 60 at the top, Williamson said the Briton was ‘an injection of energy’. “He's been on the sidelines but was always ready to go. He did what he does, great to see. Fantastic player, great contribution,” he said.

Roy, adjudged Player of the Match for his match-winning knock, said he thoroughly enjoyed being on the field and making a difference after being on the sidelines.

“It makes me extremely happy. Really grateful for the opportunity from Sunrisers. Have been training, and waiting hard. Grateful for this award too - we had some great performances today. Happy to get over the line,” he said.

“Saha was instrumental in that partnership. Allowed me to relax early on. We’ve got to keep our feet very grounded. We've had a tough tournament, but to come out today to chase a decent total was hugely impressive. We need to do the basics all over again.”