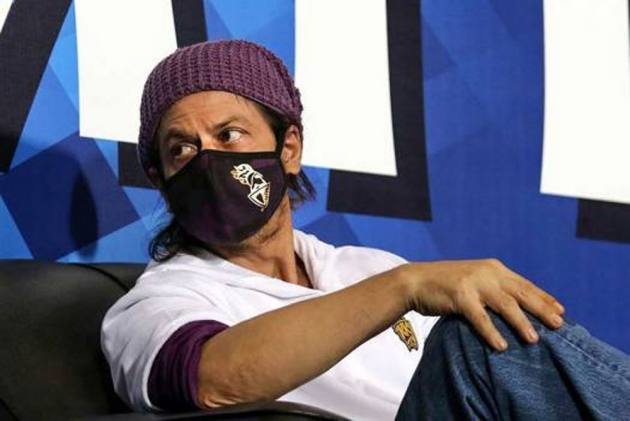 Moments after Kolkata Knight Riders' shocking defeat to Mumbai Indians in the 5th match of Indian Premier League (IPL) 2021 on Tuesday, Bollywood superstar and team co-owner Shah Rukh Khan tendered an apology to all the fans.

Chasing a target of 152 runs in Chennai, KKR looked on course for an easy win and break the jinx against Mumbai Indians. Nitish Rana (57) and Shubman Gill (33) tore into the Mumbai Indians attack with an opening stand of 72, only for KKR to subside meekly from a position of strength to a final score of 142-7, with leg-spinner Rahul Chahar (4-27) chipping away at the top order before Trent Boult (2-27) sealed the deal by removing Andre Russell and Pat Cummins in the final over.

Russell had earlier cleaned up the Mumbai Indians' tail for career-best figures of 5-15 but was unable to finish the job with the bat as KKR slumped to a dramatic 10-run defeat at MA Chidambaram Stadium, Chennai.

Summing up the match, SRK tweeted: "Disappointing performance. to say the least @KKRiders apologies to all the fans!"

Disappointing performance. to say the least @KKRiders apologies to all the fans!

In a post-match interaction, Russell said that he supports the tweet from Shah Rukh Khan.

“Yeah, I support that Tweet [from SRK] but at the end of the day the game of cricket… you are not sure until it’s over. I think we are still confident, we still played some good cricket and I am proud of the boys. You know, we are definitely disappointed but it’s not the end of the world, it’s only the second game and we are going to learn from it,” Russell said.

Brilliant at the end from #MI. But #KKR those last few overs???

MI to KKR- Dekha aapne laparwahi ka.natija.
To defend 31 from 30 balls with 7 wickets of the opposition in hand is something which not many sides can defend. Brilliant bowling display from @mipaltan .#MIvsKKR pic.twitter.com/dIdd603wKL

What champion sides are made of showed by @mipaltan again.brilliant come back in the game. Top win

Is there a better IPL captain than #RohithSharma under pressure and I am not talking about 5 trophies. Incredibly #MumbaiIndians Unbelievable game #KKRvsMI #MIvsKKR

Well they haven’t won 5 titles if they don’t believe they can win from anywhere. Chahar - take a bow, Bumrah outstanding and Boult adding the finishing touches. #MI are away in this edition of #IPL2021

KKR defeated Sunrisers Hyderabad by the same margin to open their IPL 2021 campaign with a win. They next face Royal Challengers Bangalore at the same venue on Sunday (April 18).