RR are currently placed seventh in the standings with eight points from nine games, while SRH are already out of contention following just one victory and eight reverses. 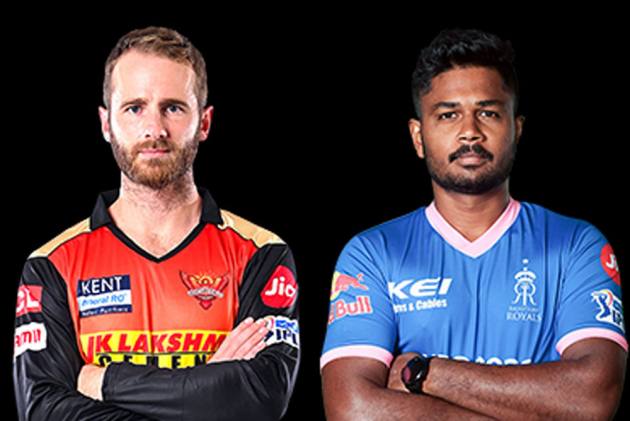 Skipper Sanju Samson needs support from his batsmen as Rajasthan Royals look to return to winning ways against laggards Sunrisers Hyderabad Dubai on Monday and keep their play-offs hopes alive in the Indian Premier League.

RR are currently placed seventh in the standings with eight points from nine games, while SRH are already out of contention following just one victory and eight reverses.

In the second leg of the T20 league, RR defeated Punjab Kings by two runs before losing by 33 runs against table toppers Delhi Capitals on Saturday.

SRH, on the other hand, lost by eight wickets and five runs against DC and Punjab, respectively, post IPL's the resumption in the UAE.

Come Monday, RR would definitely fancy their chances against SRH in the battle of strugglers. In the first leg in India, RR defeated SRH by 55 runs.

In their game against DC in the second leg, the RR bowling unit continued its impressive show, restricting the opponents to 154 for six.

But it is the batting department that let RR down with Samson (unbeaten 70) playing the lone hand.

The likes of young Yashasvi Jaiswal and Mahipal Lomror, who starred with the bat against Punjab, and Liam Livingstone and David Miller all failed to stitch a partnership with Samson.

All-rounders Riyan Parag and Rahul Tewatia didn't help their cause either.

But RR would get confidence from the performance of its bowling unit in both the matches.

The pace trio of Mustafizur Rahman, young Kartik Tyagi and Chetan Saklariya have been impressive with the ball, while South African Tabrez Shamsi and Tewatia have delivered the goods in the spin department.

SRH, on the other hand, have had a disastrous campaign this season, suffering eight loses out of nine games they have played so far.

With nothing to lose after being knocked out of the tournament, bottom-placed SRH will look to play party-poopers from here on.

For SRH, it is all about enjoying the remaining few games and ending on a high.

With Johnny Bairstow, their season's leading run-getter, pulling out and Australian opener David Warner in poor form, SRH have found the going tough.

SRH's bowling is over reliant on spin sensation Rashid Khan as it has been a mediocre outing this season for the likes of Khaleel Ahmed, Bhuvneshwar Kumar and Jason Holder.