Three-time champions CSK are occupying the top spot following three successive wins in the ongoing league, less than six months after failing to make the tournament's playoffs for the first time, in the UAE. 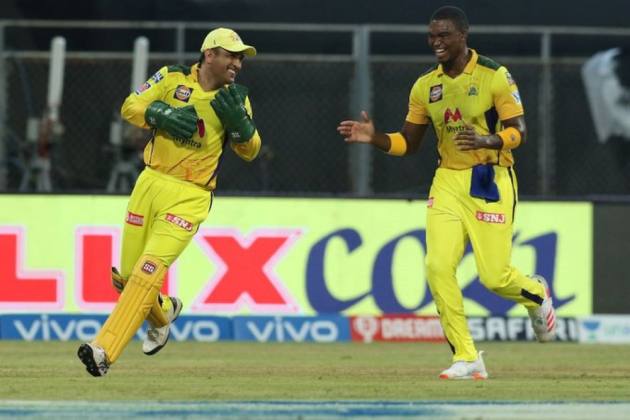 Chennai Super Kings coach Stephen Fleming has attributed the team's turnaround, after the flop show in last IPL, to a shift in attitude and addition of some key personnel.

Three-time champions CSK are occupying the top spot following three successive wins in the ongoing league, less than six months after failing to make the tournament's playoffs for the first time, in the UAE.

"Winning three out of four probably exceeded the expectations. We felt maybe three out of five or if we got a couple would be good," Fleming said at the post-match media interaction after beating Kolkata Knight Riders on Wednesday.

"We're very proud of the way the batting in particular is standing up that's two 190s and two 220s So, we're playing well in that department and that's by design which is good."

While Sam Curran has carried forward his form from the last season, the real value addition has been the off-spin all-rounder Moeen Ali, who is giving them the flexibility with his hard-hitting approach at No. 3.

"I think we've added some players that made a difference already, but the attitude is probably the number one thing, so real mind shift.

"It's probably both of those things, just making sure that we have a lot of batting that you can play a high-risk game and that gives confidence to the players to play a certain way.

"We felt we were a little bit thin last year to play a high-risk game. So we had to really swivel around and change more attitude than anything in this year," Fleming said.

Backing the players has been CSK skipper Mahendra Singh Dhoni's success mantra, and opener Ruturaj Gaikwad reposed the faith by returning to form with a 42-ball 64, which set it up for Faf du Plessis (95 not out from 60 balls) to finish the innings on a rousing note.

"We told him to just keep playing, we rate him very highly. I know there's a bit of pressure on him from the outside, but inside the camp there was absolutely no doubt that what he's capable of," Fleming said of Gaikwad, who had made 5, 5 and 10 in the previous three innings.

"Naturally, you want the player to get into the tournament and relax and do well. He's such a stylish player and trains well, he's got talent oozing out of him. There was some pressure there but the mental aspect of getting a good performance will do him a lot of good," he said.

CSK started the ongoing league with a defeat against Delhi Capitals, but regrouped after that to win their next three matches and grab the top spot in the points table.