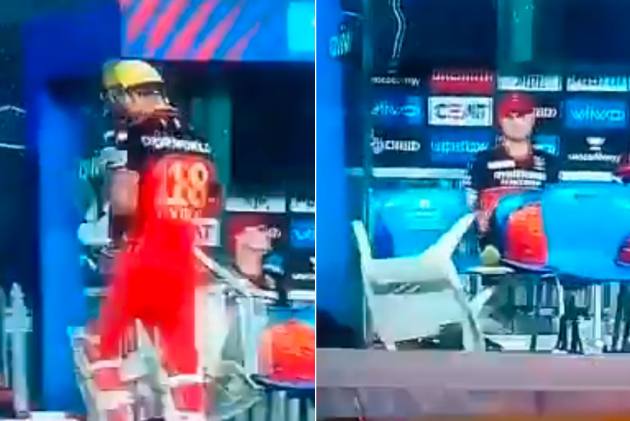 Kohli, 32, was seen hitting a chair placed by the dugout following his dismissal for 33 by Jason Holder. Watch it here:

He was reprimanded by the match referee Vengalil Narayan Kutty following a breach of the IPL's Code of Conduct. He was charged with a Level 1 breach of clause 2.2 which relates to "Abuse of cricket equipment or clothing, ground equipment or fixtures and fittings during a Match".

A similar transgression by Gautam Gambhir in an IPL game against RCB in 2016 had seen the then Kolkata Knight Riders captain get docked 15% of his match fee.

Put into bat by Sunrisers Hyderabad skipper David Warner, RCB scored 149/8 with Glenn Maxwell top-scoring with 41-ball 59. They, then, restricted Hyderabad for 143/9 to set up a thrilling win.

RCB started their 2021 campaign with a last-ball win over defending champions Mumbai Indians at the same venue.