Kumar Sangakkara admitted that Jofra Archer's absence is a big blow, but Rajasthan Royals' Director of Cricket has faith in young Indian pacers 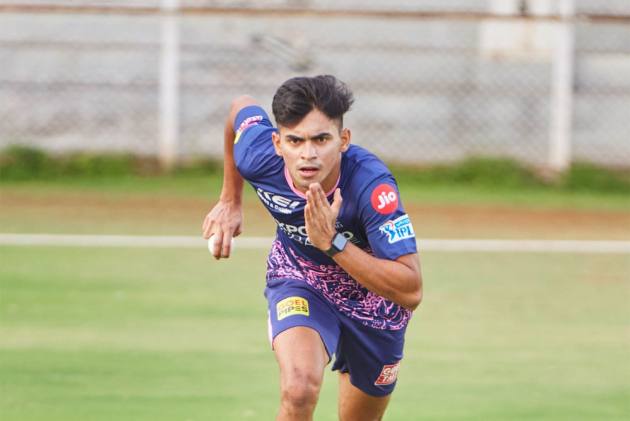 Star pacer Jofra Archer's absence because of injury is a "big blow" to Rajasthan Royals but their new Director of Cricket Kumar Sangakkara is confident that the team's young Indian fast bowlers will rise to the challenge in this year's Indian Premier League.

Archer, who played with a hand injury during the India series, is currently recuperating from a surgery and the duration of his availability during the later part is still not clear.

"Sanju and I will both agree that it's a big blow for us. Jofra is a very vital part of our make-up and not to have him is unfortunately the reality of it. We have to work around it and plan contingencies," Sangakkara told PTI during a virtual press conference on Sunday ahead of the clash against Punjab Kings here on Monday.

The former Sri Lankan captain is, however, hopeful that Archer will be available at some point and "play his part in the IPL."

The weak link for Royals, over the years, has been their Indian pace attack where the most experienced name Jaydev Unadkat hasn't exactly set the stage on fire.

Apart from Unadkat, they have his left-arm back-up Chetan Sakariya and the immensely talented Kartik Tyagi.

"Inexperience can probably work for you and it could mean that opposition hasn't seen you either. Fast bowling in IPL is not an easy task and we saw that yesterday (Delhi Capitals vs Chennai Super Kings) as well," said Sangakkara, who has played a number of seasons in the IPL.

"Most of the wickets are good for batting. So, you have to be quite skilful. We have Kartik Tyagi, who did pretty well last season in patches and this year we have new additions (pacer) Kuldeep Yadav (Jr) and Chetan Sakariya," he stated.

For Sangakkara, it is imperative that these youngsters are prepared to understand match situations and bowl accordingly.

"It's about keeping them focussed on what their job is and get them trained and prepared to execute different deliveries, scenarios and match plans for the opposition but at the same time, giving them confidence about their own strengths."

The Royals skipper Sanju Samson has gone slightly off the radar as far as the national team is concerned after having failed to grab even a single opportunity.

However, Sangakkara believes that both the captain and Rahul Tewatia, who recently was in India squad for the T20 series against England, could be national team regulars if they can trust their abilities a bit more.

"Pressure is always there. Whether it is Sanju or Rahul, reality is they will tell you that expectations and pressures will always be there. Everyone has various coping mechanisms to deal with it, focus is to stay in the moment," he said.

"It is very important to have those grand ambitions of playing regular international cricket, and both Sanju and Rahul are very capable of not just being regulars but great, outstanding performers at the international stage."

The eloquent former glovesman wants each of his 11 players to be "problem solvers", who can think on their feet and help the skipper.

"...that really helps the skipper Sanju a lot on the field when people are thinking themselves as to what's going on (match situation), and it also builds a lot of trust within the unit," he added.