After Mumbai Indians' third defeat since IPL 2021 resumed, Zaheer Khan stated that the middle-order batsmen are putting pressure on the team. 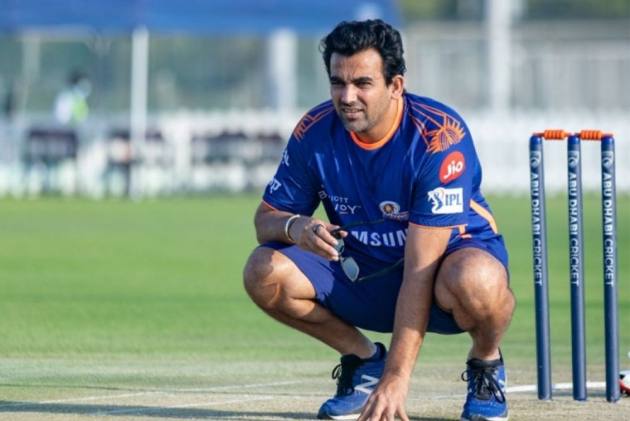 "I think the wicket was just fine, you can make out from how the team batting first went and how we started. I think it is just the form-based situation for us, you know the middle-order has not really fired for us in these last three games and that has put a lot of pressure," Zaheer said. "So losing wickets after getting that kind of start is never going to help you recover," he added at the post-match press conference.

The former left-arm India speedster also had words of praise for Harshal Patel. "He has got the hat-trick, so the man should be on the moon. Bowled very well, his slower one is something, which has become a trend for this IPL and he is having a fantastic season," said Zaheer.

He also said that the five-time champions have done it in the past and there is no reason why they cannot do it again. "Well, we don't have that much time right now, we will have to really get things moving very fast, it is going to be must-win games for us coming up, so it is very important that the team sticks together and brings whatever it takes to win games of cricket.

"The way MI is known in terms of showing dominance and playing cricket, that aggressive nature of cricket, so far we have not seen," he lamented. According to the former India pacer, the team hasn't been able to get going, playing well only in patches.

"Well, I think, you know, we have not been able to get ourselves going, as simple as it gets. You got to have 40 good overs of cricket, you got to play good cricket throughout those 40 overs, to win games of cricket. "So, we have been playing well in patches, and not really able to sustain it and that has been the case so far," explained Zaheer, who has 311 Test wickets.

Young leg-spinner Rahul Chahar, who has been selected in India's T20 World Cup squad, hasn't delivered since the IPL resumed in the UAE. Asked whether his form was a matter of concern, Zaheer quipped, "I mean, if you are just equating it to number of wickets, then you can say that."

Zaheer admitted that when things are tough, at times one doesn't get the rhythm going.

"But I am pretty happy with the way he (Chahar) is bowling, you know the ball coming out of his hand is absolutely fine, it is just that the situation of the game sometimes you are not in that position, so you can look at it that way.

"In terms of confidence, he is right up there, I don't see any issues around that. It is just about having a few tough games," he signed off.