Virat Kohli was at his expressive best as RCB toyed with clueless KKR in the 39th match of IPL 2020. Here's a video montage 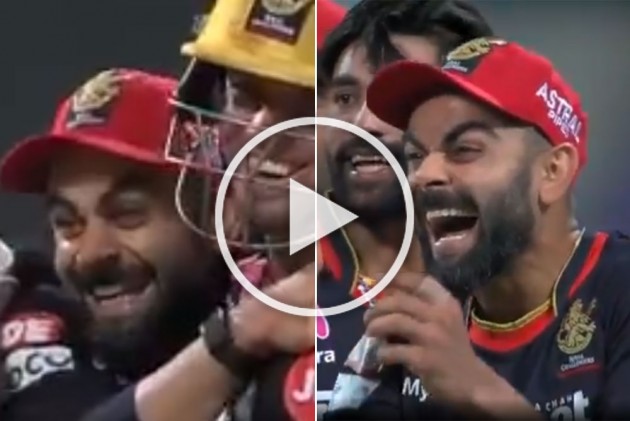 Watching Virat Kohli bat is a joy. But when he is leading a team, fans are given full access to his many shades -- shouting, swearing, joking, and whatnot. As Royal Challengers Bangalore (RCB) produced one of their finest performances to hammer Kolkata Knight Riders (KKR) in the 39th match of Indian Premier League (IPL) 2020 on Wednesday, the skipper was running around with full gusto.

The IPL shared a video montage of Kohli marshaling his troops even as RCB were in the process of reducing the former two-time IPL champions to a meagre 84/8, which is the record low for a completed innings in the tournaments' history. And leading the charge with the ball was an impressive Mohammed Siraj, who created a rare record by bowling back-to-back wicket-maidens.

Watch Kohli's many moods here, as brilliantly captioned in the tweet posted by IPL:

RCB, chasing a maiden IPL title, reached the target with relative ease. Kohli himself hit the winning runs off the third ball of the 14th over to help RCB register an eight-wicket win.

The win helped RCB climbed to the second spot in the IPL 2020 points table, only behind Delhi Capitals on net run rate. Both the teams have 14 points from 10 matches each.