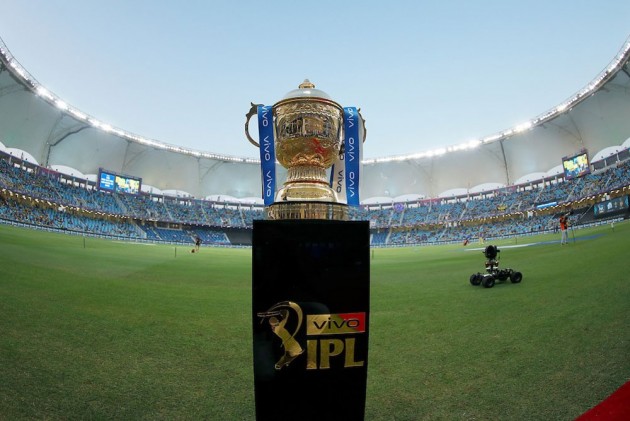 CVC Capital Partners, who were awarded the Ahmedabad franchise by the BCCI in Dubai on Monday, has run into trouble for its links with betting companies. It has been pointed out that CVC Capital have invested heavily in betting and gambling companies. (More Cricket News)

The IPL is already tainted due to the 2013 betting and match-fixing scandal. Chennai Super Kings and Rajasthan Royals were banned for two seasons after some of their top officials were charged by the Supreme Court for corruption.

Under the circumstances, to award a new team to a foreign company with massive interests in betting and gambling, could be suicidal for BCCI. Gambling and betting are banned according to Indian laws.

Top sources told Outlook on Tuesday that BCCI's attention has been drawn to CVC Capital's business activities and it was strange that these were not noticed during the long "verification stage" before the financials were opened on Monday evening.

CVC Capital made the second largest bid (INR 5600 Crores) to win the Ahmedabad franchise. They got the better of 'favourites' Adani Group, who made an offer of INR 5100 Crores. RPSG Group won the Lucknow franchise by paying a whopping 7090 crores.

CVC Capital Partners is a private equity and investment advisory firm with approximately US$ 111 billion in secured commitments since inception across European and Asian private equity, credit and growth funds.

BCCI doesn't see any problem in CVC Capital winning the bid. A senior official told Outlook on Wednedday: "CVC Capital is  a big private equity company and they are free to pick up stakes in a betting company because betting is legal abroad. Irelia Company Pte Ltd (through which CVC Capital bid) could be managing many funds but as long as they don't have any managerial role or control, how does it matter? Betting is a matter of perception. It should not be confused with match-fixing."

CVC Capital Partners is a private equity and investment advisory firm with approximately US$ 111 billion in secured commitments since inception across European and Asian private equity, credit and growth funds.

A top source involved with the bidding process said the Adani Group was weighing its options. A formal complaint in writing has still not been made though. It is learnt that BCCI bosses had been in discussion with CVC Capital officials to find out if there was any legal issue. BCCI seems to be convinced that there are no problems.

Interestingly, top La Liga teams like Real Madrid, Barcelona, Atletico Madrid had objected to (and eventually managed to reverse) the decision of CVC Capital buying out a 10% stake in the league after it came to light that they had negotiated terms that contravened Spanish laws and La Liga’s protection of its clubs.