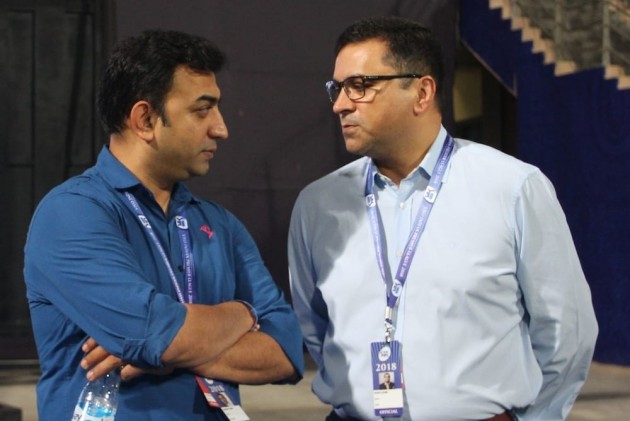 With former CEO Rahul Johri's resignation being accepted and him being asked to leave via email, the Board of Control for Cricket in India (BCCI) has decided to appoint Hemang Amin as the interim CEO of the board. The board employees were informed about the arrangement on Monday.

Speaking to IANS, a functionary said that it was an apt move at this point in time as Amin has been one of the hardest workers in the BCCI in the last couple of years.

"The right man for this charge. To be very honest his contribution to the BCCI has been miles ahead of Johri and he did the real work for most of the commercial deals of the BCCI," the functionary said.

A former office bearer who worked with Amin said that the latter has been a sincere worker and someone who has the interest of the BCCI at heart. "Sincere, competent, has the best interests of BCCI at heart and also writes his own emails," he smiled.

Johri's resignation was accepted on Thursday and a board official in the know of developments had said that the leak of confidential financial information over a sponsorship deal was like the nail in the coffin as the current dispensation believes in utmost transparency in its functioning.

Amin is the IPL COO and had played a major role in deciding on doing away with the opening ceremony last year and rather donate the fund to the Pulwama martyrs' families. Pakistan-based terror outfit Jaish-e-Mohammad had taken responsibility for the attack in which 40 para troopers had lost their lives last year in February.