Faf du Plessis has been an integral part of the Chennai team for many years now. 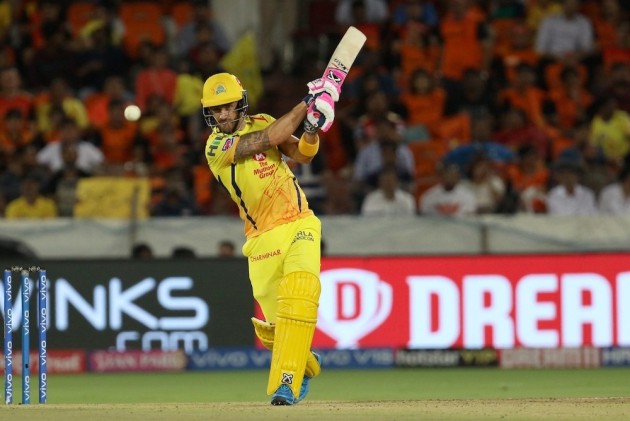 One of them is their legendary skipper skipper Mahendra Singh Dhoni.

"With Chennai, my experience there has been that of a calm dressing room. There are a lot of thinking cricketers in the dressing room," du Plessis said during an Instagram session with former Zimbabwe pacer Pommie Mbangwa.

The South African veteran has been an integral part of the Chennai team for many years now.

"There is a confidence in the CSK dressing room that someone will pull it through for us, and on each occasion, it is someone different.

"The guys share the load in winning games, it is a confidence thing by doing it again and again," du Plessis added.

With Dhoni leading from the front, CSK have won the IPL three times and is only behind Mumbai Indians in the number of title triumphs since the cash-rich league's inception in 2008.

CSK are the only team to qualify for the IPL playoff stage in each edition of their appearance in the league. Besides, they have also won the Champions League T20 tournament in 2010 and 2014.