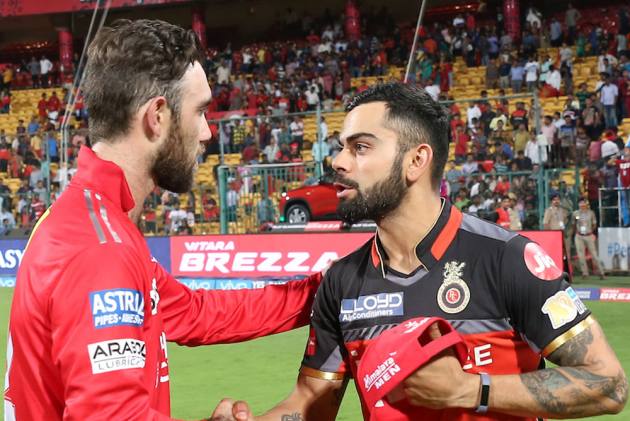 There is a buzz around Royal Challengers Bangalore this year and it’s understandable when you can have three of the best batting talent in the world in your line-up – Virat Kohli, AB de Villiers and Glenn Maxwell.

Last year, RCB made it to knockouts and Virat Kohli, a day ahead of his team’s opening match against defending champions Mumbai Indians, sounded optimistic of his side reaching the final and winning the title.

“Excited to be back, although it wasn’t long ago that we were together in UAE. You can do nothing, circumstances are such. We have managed to add some exciting talent, Maxi (Glenn Maxwell), (Kyle) Jamieson and Dan Christian is back again with us. We have added Daniel Sams along with some exciting Indian talent. We are relaxed and looking forward to the first game,” Kohli said.

Kohli said like last year, the 2021 IPL too will come down to strength of the squad as neutral venues will ensure no home advantage. The Indian skipper, who is coming off a series win against a touring England side, predicted a highly competitive tournament with many close matches.

“Well, nothing beats playing in your home stadium M. Chinnaswamy, but pandemic means fans will not be even inside to watch us play. So, like last year, there will not be any home advantage and four teams in one venue will really bring strength of your squad to the fore.

"I am excited with RCB’s team and talent in hand. It will surely be a competitive tournament like last one and fans can look forward to some thrilling contest,” Kohli said.

Glenn Maxwell, who till recently was an integral part of Punjab Kings, is also excited to be playing alongside Indian skipper and AB de Villiers.

“I will bring the same high energy level to the team that I always do. Excited to be part of the squad and looking forward to learning from two of the great players of the game – Kohli and de Villiers. Hope, I can help the team in achieving its goals,” Maxwell said.

Kohli also praised the RCB trio of Washington Sundar, Mohammed Siraj and Navdeep Saini, who debuted for India in Australia.

“It’s always good to come into IPL on the back of a good show at the international level for your country. Hope the trio of Sundar, Siraj and Saini can take that confidence on to the field and make an impact,” Kohli said.