While Pradeep Sangwan has played for Delhi Daredevils, Mumbai Indians, Gujarat Lions and KKR, Pawan Suyal has played for MI in the Indian Premier League 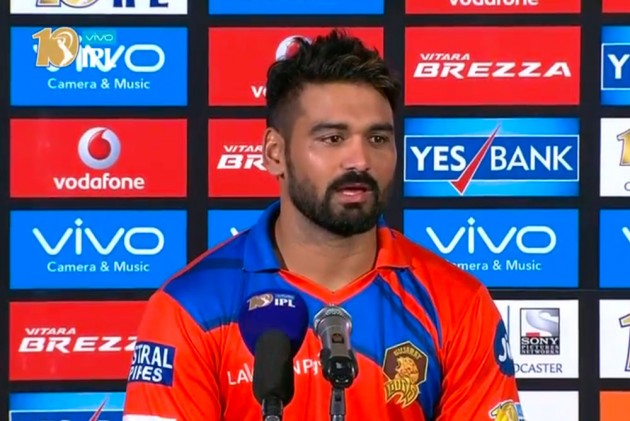 Exactly 13 years after he impressed with his incisive swing bowling in the U-19 World Cup and the inaugural edition of IPL, left-arm seamer Pradeep Sangwan will now be a designated "net bowler" for Delhi Capitals in the UAE along with five others. (More Cricket News)

Apart from Sangwan, who played for Delhi Daredevils, Mumbai Indians, Gujarat Lions and KKR in these years, another left-arm seamer Pawan Suyal, who has played for MI, is also in the list of net bowlers that each team is taking.

"Yes, Sangwan and Suyal are travelling as net bowlers. Pranshu is the third guy and even Harsh who now plays for Ranji Trophy is our boy as he represented Delhi during his India U-19 days. Rajat is a local club cricketer while Bobby is from UP," a senior DDCA official told PTI on condition of anonymity.

For Sangwan, who was hero of India's U-19 World Cup triumph under Virat Kohli back in 2008, it's like life coming to a full circle 13 years after he played alongside Mohammed Asif and Glenn McGrath before being the first Indian cricketer to be banned by BCCI for failing dope test in 2013.

"Sangi (as his nickname is in Delhi circle) has suffered a lot due to injuries in past few years. So has Suyal, who has now cut down his run-up consistently after stress fractures and back injuries. Hope bowling in IPL nets help them," the official, who has tracked both since their younger days, said.

The logic behind having two left-arm quicks in the pack of six is because all the primary squad speedsters are right-arm bowlers -- Ishant Sharma, Kagiso Rabada, Harshal Patel and Avesh Khan.

"You need variation at training and hence Sangi and Suyal are on board. They are experienced first-class players, who will provide quality practice," a source in know of things told PTI.

Goel is one of the players, who have been regular at Delhi Capitals nets over the years and has done well in office cricket and would provide match simulation for facing Kuldeep Yadav of KKR.

Bobby Yadav is a talented right-arm fast medium who plays for ONGC and is expected to make his first-class debut for UP in coming season.

With Axar Patel being the main left-arm spinner in the line-up, Harsh Tyagi of Railways (former India U-19, who got five wickets in Jr Asia Cup final) will be an important bowler during net sessions.

"DC has two wrist spinners in Amit Mishra and Sandip Lamichhane and two finger spinners in R Ashwin and Axar. Harsh is typical shorter format bowler, who bowls the restrictive line. It would be good exposure for him," the source said.

All-rounder Pranshu, who was first spotted for Ranji Trophy by former skipper Gautam Gambhir, bowls wicket-to-wicket and has variations in his slower deliveries.