Chris Gayle's participation in the IPL 2020 was in doubt after the legendary West Indies opener attended the birthday bash of Olympic great Usain Bolt, who has since tested positive for coronavirus 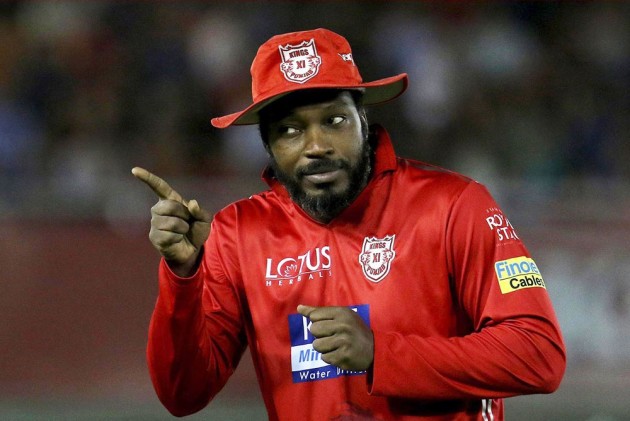 Legendary Chris Gayle will be seen in action in the Indian Premier League (IPL) 2020. His participation in the T20 carnival in the United Arab Emirates (UAE) was in doubt after the West Indies opener attended the birthday celebrations of sprinter Usain Bolt - who has since tested positive for coronavirus. (More Cricket News)

According to a report in ESPNcricinfo, Gayle will now be able to link up with Kings XI Punjab team-mates after his two tests have returned negative for COVID-19. The 40-year-old, however, will be tested again at the airport upon arrival in the UAE.

Last month, Karun Nair tested positive for COVID-19 but recovered in time to join KXIP team-mated in the UAE.

KXIP's Indian contingent is already landed in the UAE and are in a six-day quarantine at their base in Dubai. Like the rest of the sides, they will also need to return three negative tests to enter the bio-bubble and start training.

Gayle last played competitive cricket for Chattogram Challengers at the Bangladesh Premier League in January. And the veteran's presence is vital for the Anil Kumble-coached side, chasing their first IPL title.

The world's leading scorer in T20 cricket was supposed to play for St Kitts & Nevis Patriots in the Caribbean Premier League (CPL) 2020, but opted out of citing personal reasons.

Meanwhile, KL Rahul has revealed that Gayle will be part of the team's "core group".

“We at Kings XI Punjab have had a great experience with Chris and me luckily, I have played with him for years now, we have shared great friendship, we have had some partnerships in the middle, he is a great guy to have in the team,” Rahul said in a video posted on the official website of the IPL.

Gayle will not feature in every match, but he is sure to share his experience with other openers in the team like Rahul.

“He will be a part of our core group, with the kind of experience he has, he will be somebody who will win matches for us,” he added.

The 13th edition of the IPL has been moved out of India due to coronavirus pandemic. The tournament will be played in Abu Dhabi, Dubai and Sharjah, from September 19 to November 10.