IPL In UAE: Quality Of Cricket Will Not Suffer Due To Empty Stands, Says SRH's VVS Laxman

Moved out of India due to coronavirus pandemic, the 13th edition IPL will be played across the three venues of Dubai, Abu Dhabi and Sharjah in the UAE from September 19 to November 10 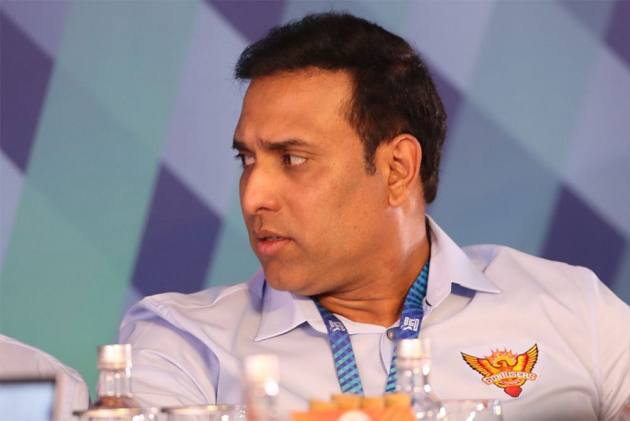 SunRisers Hyderabad's batting mentor VVS Laxman is confident the quality of cricket will not suffer even if the matches of the upcoming IPL are played in front of empty stands owing to the COVID-19 pandemic. (More Cricket News)

Moved out of India due to the health crisis, the 13th edition of the world's biggest T20 league will be played across the three venues of Dubai, Abu Dhabi and Sharjah in the UAE from September 19 to November 10.

"I can assure all the fans of the game that they will really enjoy the competition even though there won't be any crowd or any spectators on the ground," Laxman said in a video released by the franchise.

IN PICS: All Eight Teams Land In UAE For Desert T20 Carnival

"Don't ever think that the energy or the quality of cricket will come down."

Instead, the former India batsman seemed a bit wary of the nature of pitches that will be on offer in the UAE.

"Probably the wickets may be on the slower side but we have to just wait and see because we may just be surprised with the efforts put in by the ground staff.

"The outfield will be fantastic but the wickets are something that I hope will be well taken care of by the ground staff."

Indian players of the Hyderabad-based franchise landed in the city on Sunday.

The Sunrisers, along with the Delhi Capitals, were the last of the eight IPL teams to reach the UAE.

Laxman said the management had made up its mind before the 2020 auction to pick young Indian batsmen for the middle-order.

This resulted in the inclusion of promising players such as Priyam Garg, Virat Singh and B Sandeep among others.

"In the auction, it was a very intentional effort to have the youngsters. While they are youngsters, they are all the most prolific performers in domestic cricket.

"When you see the composition of our team, we had a lot of experienced players from both overseas and India.

"But when we look at the domestic players, we (were) required to strengthen our batting, especially our middle-order batting. So we went with the performer in the last couple of seasons."

Ahead of the auction, the Sunrisers had made changes to their support staff too, bringing in Trevor Bayliss in place of Tom Moody as the head coach. While Brad Haddin, who has worked with Bayliss before, replaced Simon Helmot as the assistant coach.

"Trevor is one of the most successful coaches in world cricket; England won the World Cup for the first time under his coaching," Laxman said.

"I have always admired him and all the interactions I have had with him have been excellent - I learnt something with every interaction. He is cool and calm and also has the temperament of handling the best of teams and the best of players."

"Brad Haddin is a hardcore competitor. He will definitely give 100 per cent or probably more than 100 per cent as the assistant coach."