IPL Is Priority, Why Indian Cricket Team Did Not Play At Old Trafford, Dinesh Karthik Explains

To remain fit for the IPL and then the T20 World Cup was more important for a tiring Indian team, said the former Kolkata Knight Riders captain on British TV 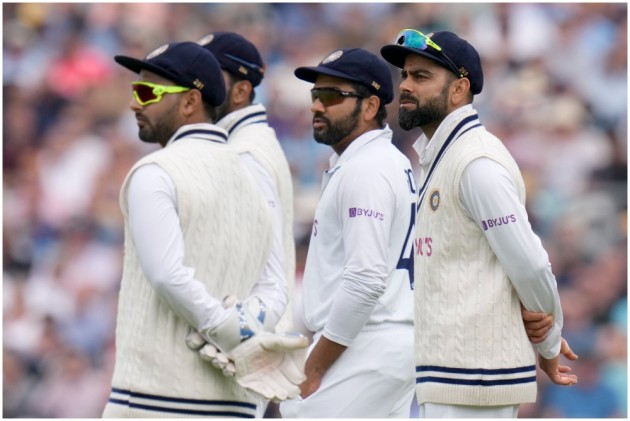 Former Indian keeper-batsman Dinesh Karthik has defended the Indian cricket team's decision not to play the fifth England versus India Test match in Manchester. The final Test, with India leading 2-1, was to start at Old Trafford on Friday (September 10). (More Cricket News)

“With both the physios going down to COVID-19 and forthcoming IPL 2021 and ICC T20 World Cup bio-bubbles in mind the Indian team management did not risk playing in the fifth and final Test match against England in Manchester,” said Kolkata Knight Riders' ex-captain Dinesh Karthik.

With India’s head physio Nitin Patel already in isolation after testing positive for COVID-19 during the fourth Test at The Oval, junior physio Yogesh Parmar also catching the virus on Thursday made the Indian players jittery.

Earlier head coach Ravi Shastri along with two other support staff had tested positive for COVID-19. On Thursday, the Manchester Test was called off with the England and Wales Cricket Board saying, “Due to fears of a further increase in the number of COVID cases inside the camp, India are regrettably unable to field a team.” The match will be rescheduled later.

“I spoke to a few of the guys (Indian players). Almost all games have gone down to the wire ... they were tired and they have only one physio right now,” Karthik, who is currently in UAE for IPL 2021, told Sky Sports.

Karthik said the stakes were high for the Indian players with top tournaments lined up.

ðÂÂÂÂÂÂ¬How many bubbles can they do?ðÂÂÂÂÂÂ¬@DineshKarthik says the latest positive Covid test in the India backroom staff has given the squad a few 'jitters' at the end of a long tour. #ENGvIND

“You also have to understand, as soon as this (fifth Test) finished, they have the IPL and soon after that, the World Cup, and soon after that the New Zealand series and we are talking about literally one-week turnarounds,” Karthik said.

“How many bubbles can they do? It's almost four months. That's a lot of time already.” Karthik also informed that most of the players were awake till midnight on Thursday unsure about whether they have to be ready for the match or not.

Most Indian players have either reached or are en route to the UAE for the IPL, their immediate priority now.