Andy Balbirnie's century helped Ireland post 290 on the board. Hosts then bundled out South Africa for 247 to take 1-0 lead in three-match series 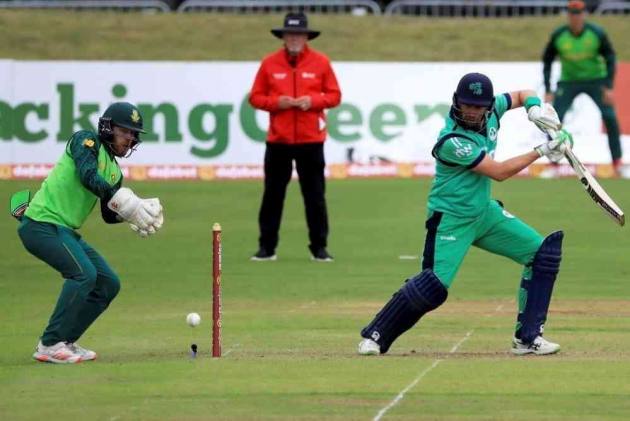 Balbirnie scored 102 from 117 balls and Harry Tector added 79, including four sixes, as Ireland posted 290-5 in the second of their three-match ODI series at The Village on Tuesday.

The Proteas had never lost an ODI to Ireland and now must win on Friday to avoid a series defeat. The first match of the series ended in a no-result after persistent rain on Sunday.

Opener Janneman Malan scored 84 to lead South Africa and Rassie van der Dussen added 49 before the Irish bowlers found their rhythm as the Proteas fell to 247 all out.
Mark Adair, Josh Little and Andy McBrine each picked up two wickets for the hosts.

South Africa won the toss and chose to field, as they did in Sunday's match, when Balbirnie top-scored with 65 off 79 balls.