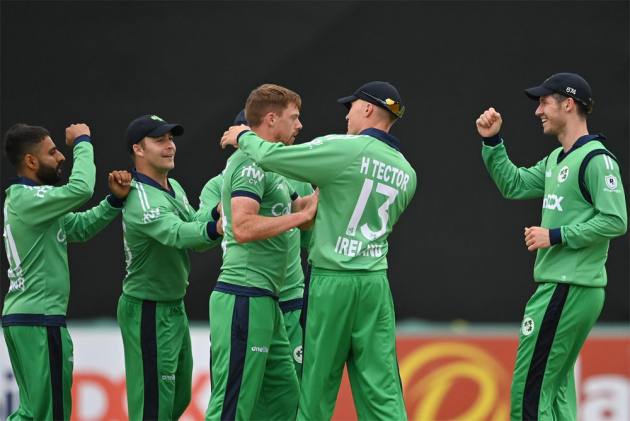 Ireland stunned South Africa in the second ODI match at The Village, Dublin on Tuesday. Led by skipper Andy Balbirnie, who hit 102 off 117 balls, Ireland set a target of 291, which proved more than enough. The 43-run win was their first against the Proteas in the 50-over format in seven attempts. The first match of the series on Sunday ended with a no result due to rain. For the visitors, opener Janneman Malan was the top scorer with 84 off 96. The win also helped Ireland claimed 10 valuable ICC World Cup Super League points. They are now fifth in the table with 35 points (11 matches, 3 wins, 7 defeats and 1 no result). Meanwhile, South Africa remain 11th with 14 points (5 matches, 1 win, 3 defeats and 1 no result). The third and final ODI match before the T20I series is scheduled for Friday at the same venue. Catch highlights here:

3:00 PM IST: South Africa have made one change with Anrich Nortje coming into the side in place Lungi Ngidi, who has been rested.

2:55 PM IST: South Africa have won the toss and opted to bowl first.