For another India veteran Ashish Nehra, Jimmy Anderson consistently bowling short of length was an indicator that even conventional swing was bit of a problem due to lack of saliva during the first international cricket match amid the COVID-19 pandemic. 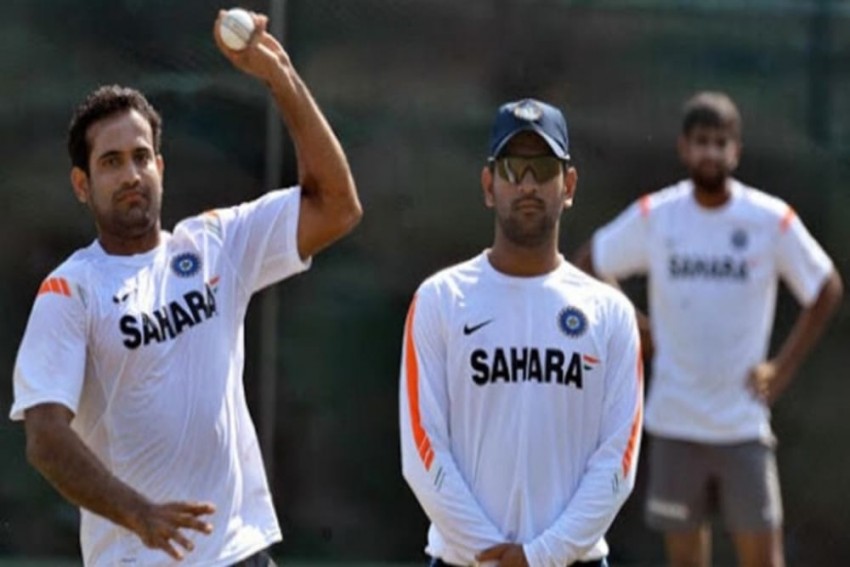 The ICC banned the use of saliva to shine the ball due to the threat of COVID-19 infection.
Twitter
PTI July 13, 2020 00:00 IST Irfan Pathan Feels Bowlers Need To Forget About Reverse Swing Due To Saliva Ban 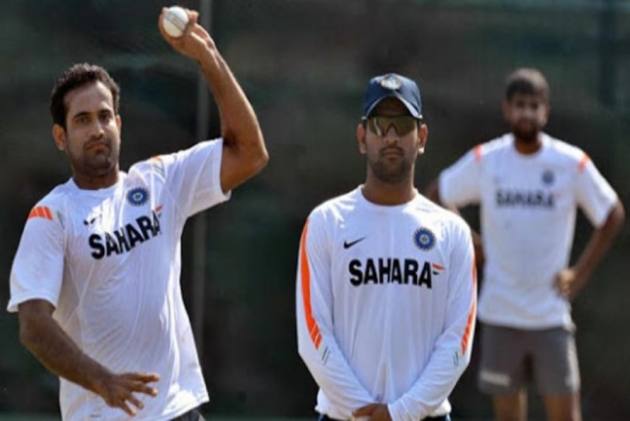 If the bio-secure first Test between England and the West Indies is any indicator then fast bowlers across the globe should forget about reverse swing for the time being, feels former India pacer Irfan Pathan.

For another India veteran Ashish Nehra, Jimmy Anderson consistently bowling short of length was an indicator that even conventional swing was bit of a problem due to lack of saliva during the first international cricket match amid the COVID-19 pandemic.

The ICC banned the use of saliva to shine the ball due to the threat of COVID-19 infection.

"Jimmy Anderson was bowling short of length at times and he never bowls such short of length. Because the Dukes ball wasn't swinging. The reason being lack of shine with no saliva being allowed and whenever he tried pitching up, the Windies batsmen were driving easily," Nehra told PTI on Monday.

"Not being able to use saliva when there isn't much perspiration will be a problem. Anderson's strength is to pitch it up and get it to swing which leads to caught behind and slip catches. He looked half the bowler when it stopped swinging " said Nehra.

Pathan, after watching Mark Wood and Jofra Archer bowl on the fifth day under bright sunshine, feels that for sometime, bowlers should "forget about getting reverse with the old ball".

"Since saliva is thicker, it affects reverse swing more than conventional swing which requires sweat for shining the ball. Till the pandemic is there and the rule stays, the bowlers will have it a bit tougher than usual," Pathan, one of India's premier swing bowlers said during an interaction.

So what's the solution according to Irfan? "Simple. Allow use of external substance or else for sometime forget that reverse swing exists. Make pitches that will be conducive to seam bowling."

"If you ask me keep a bit of moisture to make it 60/40 in favour of bowlers. If there's moisture, the ball would grip the surface and then both sweat and saliva are out of equation.

"Aap phir seam hit karo, harkat hoti rahegi (hit the seam and ball will move around). Or else there will be dead rubbers," Pathan explained.

As the discussion veered towards how the kookaburra would behave in Australia, former wicketkeeper Deep Dasgupta expressed an apprehension that bowlers across teams may have more problems.

"The Australian tracks are flat and the kookaburra seam will flatten after 20 overs. With no saliva, it will be a more onerous task as there won't be reverse swing available.

"Indian pacers will have a bigger challenge to deal with double pressure," Dasgupta said.
When Pathan was asked about Australian conditions and Dasgupta's observation, he said that "finding the right length/good length on those tracks is the most important aspect."

In turn, when Dasgupta was told Pathan's suggestion of keeping tracked moisture laden, he slightly differed.

"Too much of moisture can create indents on the pitch and batting in the fourth innings may just become a challenge. Better to have two new balls from both ends. That allows spinners to get more purchase and bounce off the pitch," the former stumper said.

"It could well mean that the ball will just hold its line and move straight," he said.

"Look Josh Hazlewood or Bhuvneshwar Kumar will have problems which a Kagiso Rabada or Archer won't because they have pace," Nehra reasoned.

Nehra also feels that any batsman's Test average should be classified into two distinct phases -- the pre-COVID era when saliva was allowed and the post-COVID phase.

"In ODIs, when you see Sachin Tendulkar, mind it you need to put his average into perspective. He played mostly with one white ball and five fielders outside the circle," Nehra said.

On reverse swing in Australia, Nehra feels that sweat could do the job as conditions will be drier.

"My problem again is not reverse swing in Australia. You can do that with a 40-over old ball but what will you do to keep the shine for conventional swing when it's new.

"So after watching the first (England-West Indies) Test, I can say, not allowing saliva can have significant impact," he said.