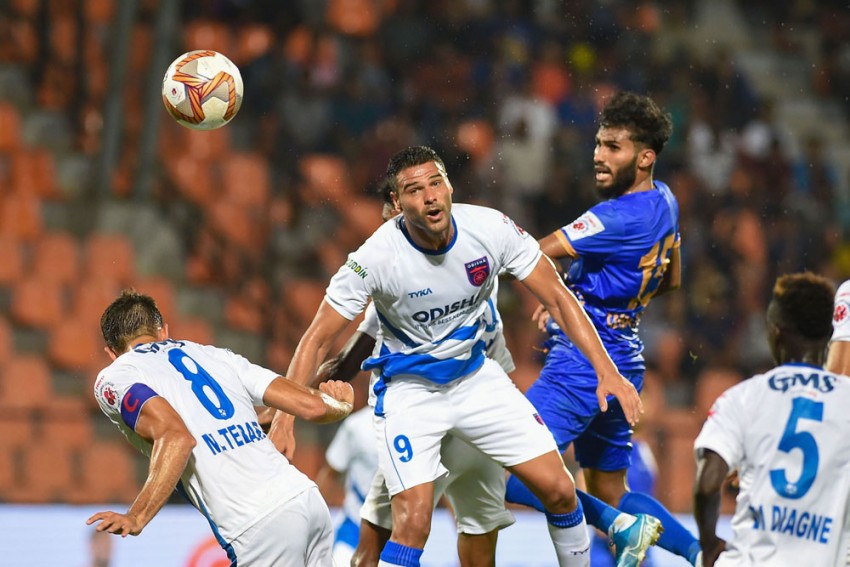 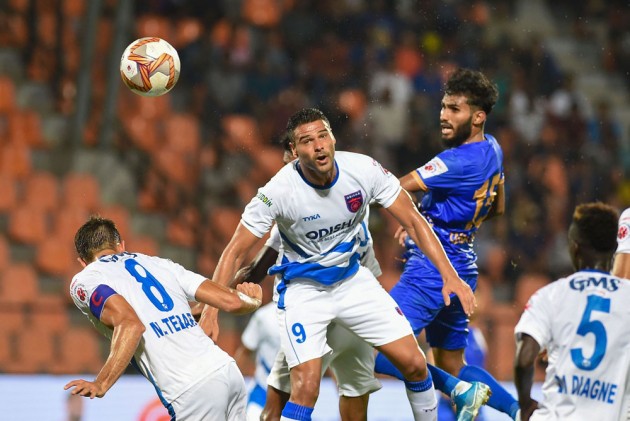 This was Odisha's first win of the season after they had lost 1-2 to Jamshedpur FC and 1-2 against NorthEast United FC 2-1. Xisco Hernandez (6th minute), Santana (21st and 73rd) and Mawhmingthanga (41st) were the goal scorers as they dominated the proceedings from the first minute itself.

Odisha had an early chance after Santana found Jerry Mawhmingthanga on the right flank, who sent a low cross inside the box, but Mumbai's Mohammed Rafique intercepted and cleared the ball before Nandhakumar Sekar could reach.

The visitors were playing an aggressive game and they reaped dividends in the 6th minute when Xisco Hernandez scored to take them 1-0 ahead.

A thrown in by Jerry was headed-on by Santana in the path of Hernandez, who ran down from the right into the box, cut to his left and netted it into the far corner of the goal.

There was no stopping Odisha as Santana doubled their lead in the 21st minute.

Jerry ran into the box on the right side and collected a long through-ball and sent a low cross to Santana, who took a right-footed first-time shot, which stuck into the bottom right-corner.

Santana displayed such brilliance that Mumbai custodian Amrinder Singh did not even move.

Mumbai had a chance in the 32nd minute, but Serge Kevyn's close-range shot went over the bar.

And then Odisha added more agony as Jerry made it 3-0 for his side in the 41st minute.

Shubham Sarangi sent a diagonal cross to Nandhakumar on the left flank. Nandhakumar ran into the box and took a right-footed shot, which was controlled by Jerry on a rebound and then he found the back of the net. At the half-time, Odisha were 3-0 ahead.

Five minutes after the half-time, Mumbai reduced the deficit and made it 1-0 after Mohamed Wael Larbi scored from a spot-kick. Mumbai had close chances but were unable to convert.

In the 73rd minute, Santana's header sealed the match for the visitors. He headed a pin-point cross from Jerry from six yards out to restore a three-goal advantage.

Mumbai pulled another one in the dying minutes of the match through Bipin Thounaojam, but that was not enough as Odisha earned three points.