NorthEast United have been winless in their last three 2019-20 Indian Super League fixtures. They host Chennaiyin FC in their upcoming ISL match, at Guwahati. 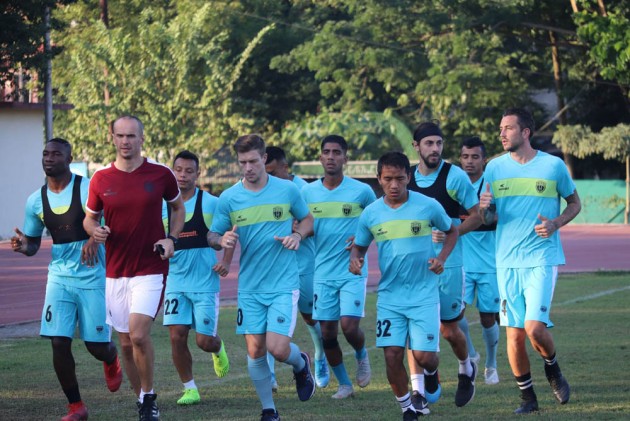 NorthEast United will be keen to get back to winning ways when they face the Chennaiyin FC challenge in the Indian Super League, on Thursday.

The Highlanders have been winless in their last three games and were taken to the cleaners by league leaders ATK with a 3-0 drubbing on home soil.

The manner in which Roy Krishna and David Williams' side exposed NorthEast's problems at the back, especially in the left-back slot would leave coach Robert Jarni worried.

It must be mentioned that on each of the three times NorthEast have conceded the first goal, they have failed to pick three points.

Jarni will likely be without star striker Asamoah Gyan for this fixture which would mean Maximilliano Barrero would be handed a rare start alongside Martin Chaves.

"Gyan is very important to us but we have many players. I don't know if he will play the next game but we have other good players in the team," said the Croatian.

Chennaiyin FC would be just one training session old since their 1-1 draw to Jamshedpur FC. Coach Owen Coyle still hasn’t had enough time to inculcate or communicate his ideas to the players which also means that the John Gregory hangover would continue for another game.

They have made it a habit of conceding late goals, a trend which has been going for the last four matches. Each time, they concede the first goal, Chennaiyin FC have gone on to lose.

Masih Saighani picked up a knock in their last game and Coyle may replace the Afghanistan midfielder with Germanpreet Singh. They would continue to rely on Nerijus Valskis who has scored four goals in his last three matches.

What Coyle needs is for his team to not lose focus in the final quarter of the game and that they make better decisions when in good attacking positions.

"We do not fear anyone, we are respectful towards anyone. If we give our best, we can win a game," said the former Wigan manager.

Guwahati hasn't been a happy hunting ground for Chennaiyin FC who have won just once in five attempts. Coyle would certainly look for a turnaround in their fortunes if they are to move upwards on the table.