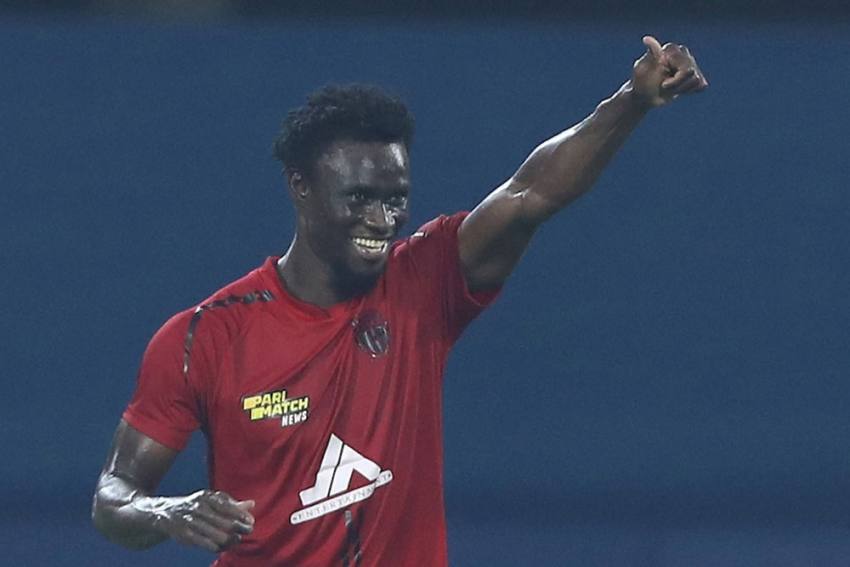 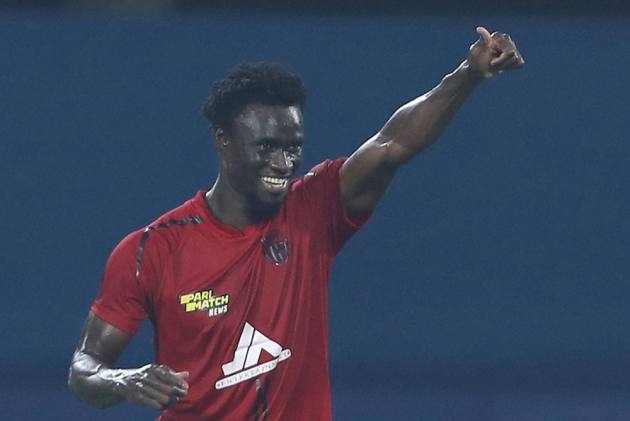 The second-half substitute struck in the fourth minute of injury time to cancel out David Williams' 34th-minute goal. The result also meant Khalid Jamil is still unbeaten in the competition and extended NorthEast's winning run to ten games.

With two teams known for similar styles, the match was expected to be a cagey affair and it was. Both sides relied on counters, knowing how difficult it would be to break each other’s defence.

It was an end-to-end duel, but neither side was able to test the keepers much. It was NorthEast who enjoyed better possession. However, Bagan scored with their first shot on target and it came soon after the water break. The goal had a touch of class. Roy Krishna got a long ball at the edge of the box. The Fijian flicked it to his strike partner David Williams, who faked a first-time shot sending NEUFC defender Dylan Fox in the wrong direction. He then took a touch before slotting home to give ATKMB an advantage.

NorthEast came agonisingly close to scoring but were denied by the woodwork. Federico Gallego delivered a perfect freekick in to the area where Ashutosh Mehta leapt high, only for his header to clatter against the crossbar. That was the closest the Highlanders came to scoring in the first session.

As expected, the Mariners tightened the screws on Highlanders, defending and blocking everything that was thrown at them making it difficult for their opponents to score.

However, they were lucky not to see a man being sent off. Luis Machado, while chasing a long ball outside the area, was taken out by onrushing Bagan keeper Arindam Bhattacharja. However, the referee waved off any appeal for foul though replays suggested the keeper made contact with Machado.

NorthEast had a constant supplier in Gallego, who sent quality deliveries into the box from set-pieces but his teammates couldn’t find a finish.

Meanwhile, Prabir Das had a couple of attempts. While one was easily swallowed up by Subhasish Roy, the other sailed over the bar.

Jamil introduced Idrissa Sylla and Britto PM in a bid to get the equaliser. They kept stitching passes together but the Mariners kept working hard at the back.

The Highlanders had a couple of chances late in the game. But Fox saw his header cleared from danger by Pronay Halder while Sylla tried from long range but hardly troubled Arindam.

Finally in the fourth minute of extra time, the NorthEast camp had a goal to celebrate, thanks to Sylla who made his presence felt with a late equaliser, nodding in Luis Machado’s cross.

Osasuna Vs Barcelona, Live Streaming: When And Where To Watch La Liga Watch