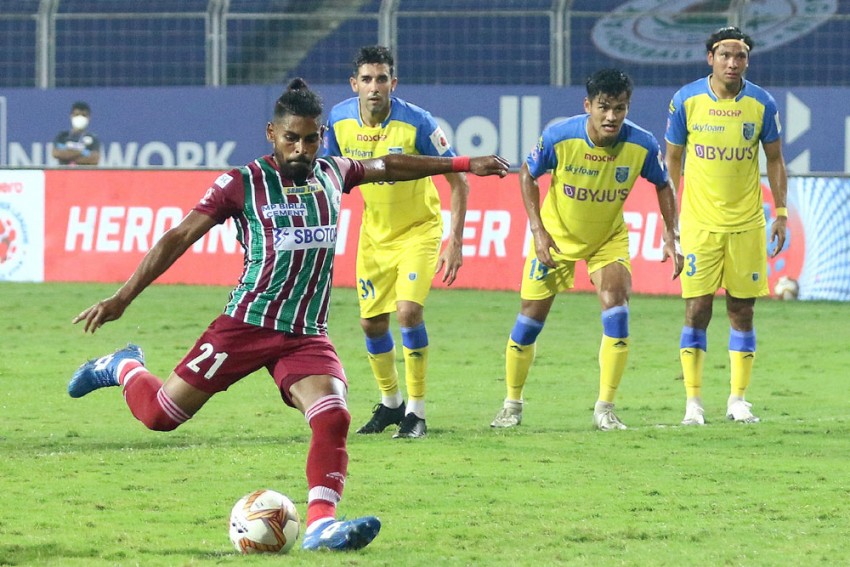 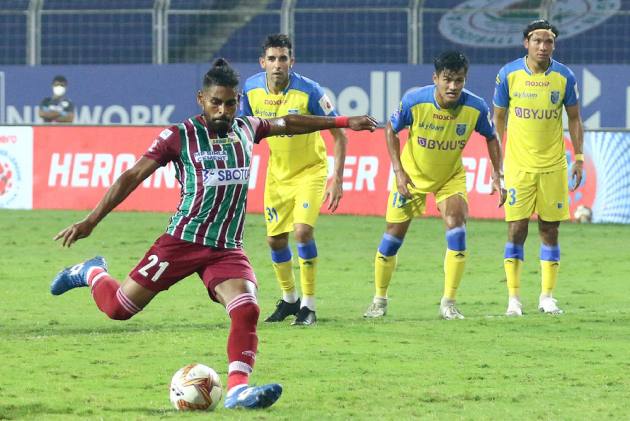 A revitalised Marcelinho and talisman Roy Krishna inspired ATK Mohun Bagan to a thrilling comeback victory as they edged Kerala Blasters 3-2 in a five-goal thriller at the Fatorda Stadium in the 78th match of Indian Super League (ISL) 2020-21 on Sunday. (More Football News)

Kerala led through goals from Gary Hooper (14’) and Costa Nhamoinesu (51’) before a goal from Marcelinho (59’) and a brace from Krishna (65, 87’) helped Bagan complete a thrilling comeback.

Marcelinho, having joined Bagan on loan from Odisha, was struggling for game time at his former club. But on Sunday he looked a man transformed, adding spark to the Mariners’ struggling attack, thriving in a free role up front.

The first half belonged to Kerala, who not only dominated possession but also created multiple chances.

Kerala started strong and missed a gilt-edged opportunity to take the lead in the fifth minute, failing to capitalize on a mistake from Tiri. The defender made a mess of a clearance which was intercepted by Jordan Murray, who found Sahal Abdul Samad with a cutback. The latter exchanged passes with Hooper but had his eventual shot blocked by Sandesh Jhingan.

Kerala continued to make inroads and broke the deadlock thanks to a thunderous strike from Murray. Sandeep Singh picked out Hooper in midfield, who controlled the ball with his chest and struck on the volley. Bagan keeper Arindam Bhattacharja was caught off his line and couldn’t prevent the ball from going in.

It did not take long for Kerala to add another goal as they scored from a corner. Sahal delivered a teasing cross into the box that was flicked over by Rahul KP. After some melee in the box, Costa poked the ball home from close range.

Despite trailing by two goals, it was Marcelinho who revived Bagan’s hopes of a comeback with a well-taken strike.

Manvir Singh lobbed the ball over the Kerala defense and found Marcelinho, who kept his cool and found the net with a delightful chip.

The Mariners crawled their way back into the game six minutes later, with Krishna scoring a penalty after Jessel Carneiro was deemed guilty of handling the ball.

Kerala keeper Albino Gomes dived the right way and got his hand to the ball but the power from Krishna was enough to carry it into the net.

The equalizer spurred Antonio Habas’ side as they went all out. And a costly mistake from Kerala’s defense helped Bagan grab all three points late on.

The Fijian beat two defenders before slotting the ball into the bottom corner, helping Bagan record one of their memorable wins of the season.