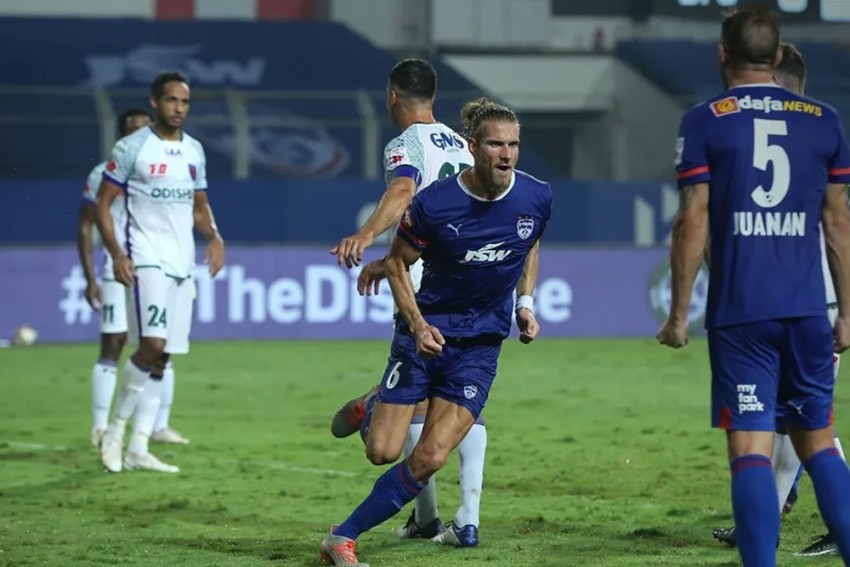 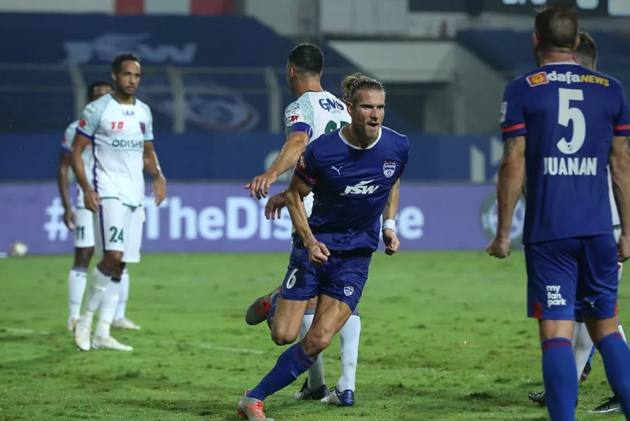 Erik Paartalu struck in the 82nd minute after Diego Mauricio had put Odisha in front in the eighth minute.

It also turned out to be a battle of goalkeepers on the night, with both of them guarding the posts solidly against relentless press by each side.

The Kalinga Warriors were on course for their second win of the season but despite Arshdeep Singh’s heroics in goal, a determined BFC finally managed to get an equaliser late in the game.

BFC interim coach Naushad Moosa made no changes to the side that lost against Kerala Blasters while Odisha made one change with Steven Taylor returning to the starting XI after serving his one-match suspension.

Bengaluru had a bright start at Fatorda, but were stunned by an early goal from Mauricio which came against the run of play.

Jerry Mawihmingthanga took a quick free-kick to Manuel Onwu on the right just outside the BFC penalty area and the latter played a superb low cross into the middle. Mauricio, who was in the box, scored to put his side ahead.

Moosa’s men came very close to scoring when Udanta Singh flashed a cross across the face of goal, but the pass was too quick for an onrushing Sunil Chhetri.

Another chance went begging for BFC when Amay Morajkar floated a cross in for Rahul Bheke but his header missed the mark.

BFC created chance after chance but were let down not only by their sloppy finishing but were also thwarted by Arshdeep's brilliance in goal. One of his best saves came when Taylor failed to clear Bheke’s long throw-in and Erik Paartalu latched on to the loose ball and struck from the edge of the box.

Arshdeep dived acrobatically to make a one-handed save. The keeper pulled off yet another save to deny Bheke, who tried to divert in a Cleiton Silva corner.

In the second half, Arshdeep continued from where he left off as he came with a fine save. This time the custodian stopped Kristian Opseth's free-kick with a diving save. He then came up with an acrobatic save to stop Gaurav Bora’s header from going into his own goal.

After constant pressure, Bengaluru were finally rewarded with the equaliser in the 82nd minute when Paartalu nodded in Cleiton's in-swinging corner.

Right after the goal, Odisha missed an opportunity to regain their lead when Mauricio set up Daniel Lalhlimpuia in the box, but his shot clipped the upright. At the other end, Chhetri blasted his shot over the crossbar from close range.

Gurpreet made a stunning save late in the game to keep out Jerry's close-range attempt.