Following East Bengal's loss to Mumbai City, Robbie Fowler was critical of "some" of his Indian players and had said they have not got "good coaching in the years gone by" 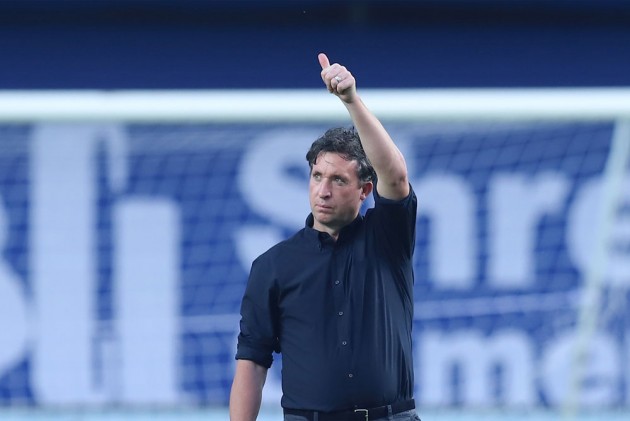 Robbie Fowler on Friday played down his criticism of Indian players after SC East Bengal lost back-to-back matches in the Indian Super League (ISL) 2020-21, saying they would get better with time. (More Football News)

The red-and-gold brigade, who were the last to join the ISL, kicked off their campaign with a 0-2 Kolkata derby defeat to Mohun Bagan, followed by a 0-3 debacle against Mumbai City FC.

Following the loss to Mumbai, East Bengal head coach was critical of "some" of his Indian players and had said they have not got "good coaching in the years gone by".

The Liverpool legend said his comments were taken out of context and that he did not mean to disrespect anyone.

"I obviously didn't mean to disrespect anyone. There are a lot of good Indian players, but their understanding of the game can always be better. We have a certain philosophy and we’re trying to get all our players accustomed to it," Fowler said ahead of SCEB's match against NorthEast United.

"This is a huge club and when you put that red-and-gold shirt on, you take on a massive responsibility. This is applicable for all our players, regardless of whether they are Indians or foreigners. We’re happy with the squad and the players will get better with time. We have each other’s back."

Fowler further said his side have not played that badly as he urged his players to be more consistent.

"Everything is driven by results in this country. We know results are important, but we haven’t played badly, despite not having the best of starts. For example, in our second game against Mumbai City FC, we had a great chance of going 1-0 up.

"We need to be more consistent and our concentration levels need to be high in terms of capitalising on the chances."

The SCEB head coach further said the players need to be more clever and have a better understanding of the game to avoid conceding penalties.

"The refereeing standard can be a bit better, but it is what it is. That's why you need players to understand the game better so that they can be sensible in terms of going for the final tackle and containing opposition forwards.

"It’s not just about NorthEast but any team can win penalties. You need to be clever in your approach when it comes to defending inside your box," he said.

The team had suffered a setback against MCFC on Tuesday when their defensive mainstay and captain Danny Fox sustained a seventh minute injury. His absence may leave a big hole in SCEB backline.

"Obviously, it’s not ideal to lose your captain who is one of your better players, but you’ve got to accept it and move forward. That said, somebody will have to step up to fill in the void," Fowler said.

NorthEast United are currently placed third on the points table, having won their first game by a solitary goal against Mumbai City FC and followed it with draws against Kerala Blasters FC and FC Goa.

"They have a young manager with an organised defence and a solid attacking force at their disposal. Look, it's going to be a tough challenge for us, but that’s the case with every game," Fowler signed off.