Goa made a sensational comeback in their opening game against Bengaluru FC to secure a 2-2 draw. But then lost their second game 0-1 to Mumbai City FC. 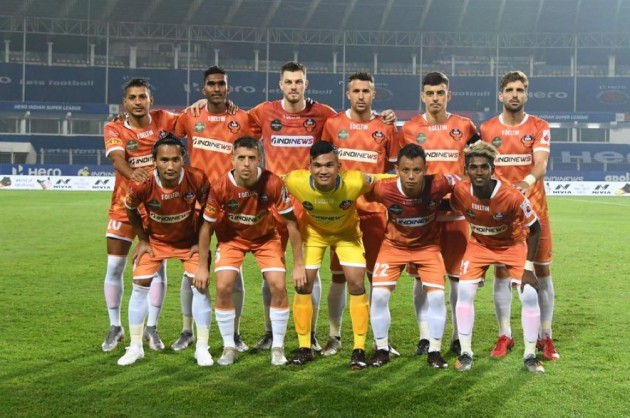 A revamped FC Goa will be aiming to get their first win of the season when they take on an equally strong NorthEast United FC in an ISL game here on Monday.  (More Football News)

Goa made a sensational comeback in their opening game against Bengaluru FC to secure a 2-2 draw. But then lost their second game 0-1 to Mumbai City FC.

And come Monday, head coach Juan Ferrando, who has advocated an attacking brand of football, would be hoping that the team gets a full three points for the first time, which would serve as a morale booster for the remaining season.

For that to happen, FC Goa would bank on their Spanish striker Igor Angulo, who scored a brace in their game against Bengaluru.

The 36-year old sharpshooter would have to deliver once again but will need support from other strikers -- Aaren D'Silva, Devendra Murgaonkar, Ishan Pandita and Makan Chothe -- whoever plays.

In the mid-field, skipper Edu Bedia would have a key role to play. On his day, the Spaniard can decide the fate of the game and he would be raring to go.

The team also possesses an array of other decent mid-fielders such as India international Brandon Fernandes, Lenny Rodrigues, Albert Noguera, and Jorge Ortiz, who will have to play their role as feeders.

Goa would be certainly missing utility mid-fielders like Ahmed Jahouh and Hugo Boumous, who have exited the club, and the others such as Noguera, who made his debut for Goa against MumbaI City, will need to establish himself as the link between Bedia and Angulo.

Goa's defence would be relied upon the likes of Ivan Gonzalez, James Donachie apart from other local defenders, who would have to be on their toes to thwart the opposition attack.

Goa's Redeem Tlang will be ineligible for selection as he is serving an automatic one-match ban after being given a red card.

On the other hand, NorthEast would also be looking to register their second victory after a winning start to their campaign when they humbled Mumbai City FC 1-0.

However, they drew 2-2 against Kerala Blasters.

The Highlanders also boast of a well-rounded unit and will be a tough opponent to counter.

Their head coach Gerrard Nus was proud of the character that his team showed against Kerala Blasters.

Nus would be hoping that the team's foreign players pull their weight once again and strikers Idrissa Sylla, a former Anderlecht and Queens Park Rangers player, and former Ghanaian international Kwesi Appaiah, play their roles to perfection.

The rest of the Indian players will also need to step up their performances to ensure that the team remains in the top four position.