While Hyderabad FC ended up drawing their third game on the trot, Jamshedpur FC collected their first point after a treble of losses 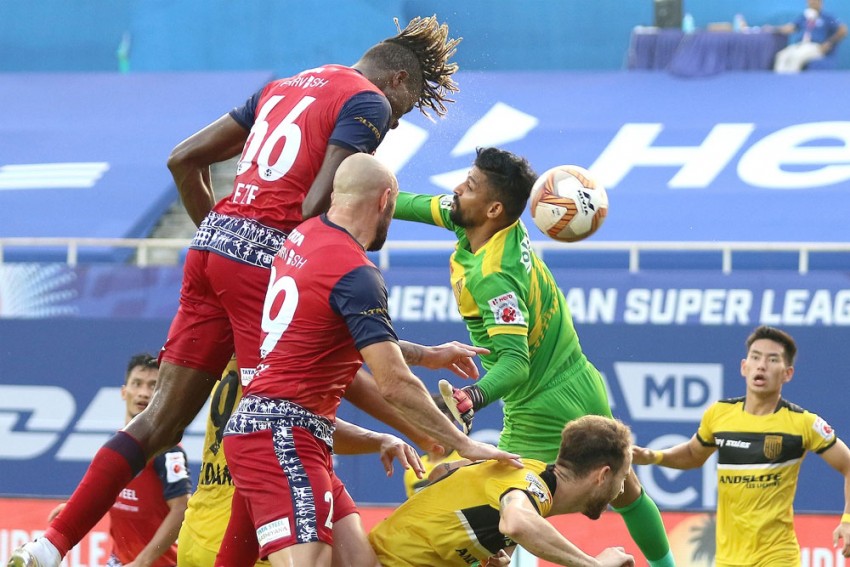 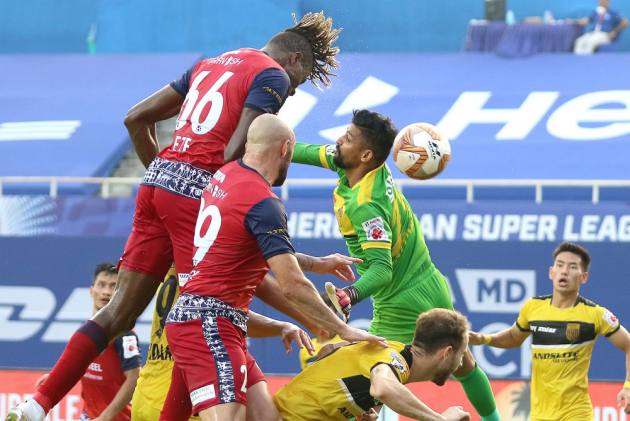 Jamshedpur FC and Hyderabad FC earned a point each after playing a goal-less draw in an Indian Super League (ISL) 2020-21 match in Vasco, Goa on Sunday. (More Football News)

While Hyderabad ended up drawing their third game on the trot, Jamshedpur grabbed their first point, after a treble of losses.

New signings Farukh Choudhary and Seiminlen Doungel were among the four changes made by Jamshedpur while Roland Alberg was handed his first start as Hyderabad rang in two changes.

The opening half was an intriguing, open-ended contest with both sides hitting the post but failing to find the net. Hyderabad had better chances but Jamshedpur keeper TP Rehenesh produced two fine saves to keep the scoreline goal-less heading into the break.

Rehenesh was called into action in the ninth minute after Hyderabad started brightly. Aridane Santana found Joel Chianese with a neat through ball in the box but the latter's effort was kept out by Rehenesh, who came off his line well in time.

The Jamshedpur custodian pulled off another fine save around the half-hour mark, denying Halicharan Narzary this time. Receiving the ball from Chianese, Narzary made his way into the box before drilling a shot at the far corner. Rehenesh dived full stretch to push the ball away, as it rattled the post.

Jamshedpur started imposing themselves as the first half drew to a close and nearly broke the deadlock from a corner. Hyderabad keeper Laxmikant Kattimani fluffed his lines while dealing with Aitor Monroy's cross, allowing Stephen Eze to head the ball. But his effort struck the woodwork before being cleared out.

The second half turned out to be a scrappy affair. Neither side could carve out clear-cut chances with both sides defending resolutely.

Hyderabad had a chance to score through a set-piece but Santana failed to keep his shot on target. Hitesh Sharma's free-kick was cleared by Eze and it fell to Santana, who sliced his volley wide of the post.

Jamshedpur registered their first shot on target in the 87th minute, with Nerijus Valskis missing a half chance. Farukh won the ball and delivered a cross in the box for Valskis whose header was aimed straight at Kattimani.

The best chance of the game came in the injury time with Farukh nearly handing Jamshedpur the lead. Prancing into the box after receiving a long ball from Monroy, the forward had only the keeper to beat, but his shot found the side netting.