While Hyderabad FC moved to third on goal difference, NorthEast United climbed above FC Goa to fourth in the Indian Super League table 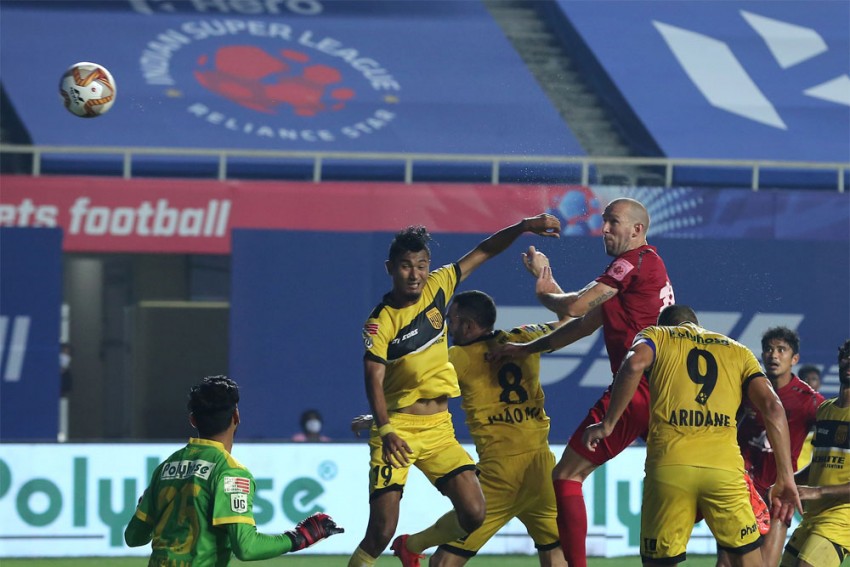 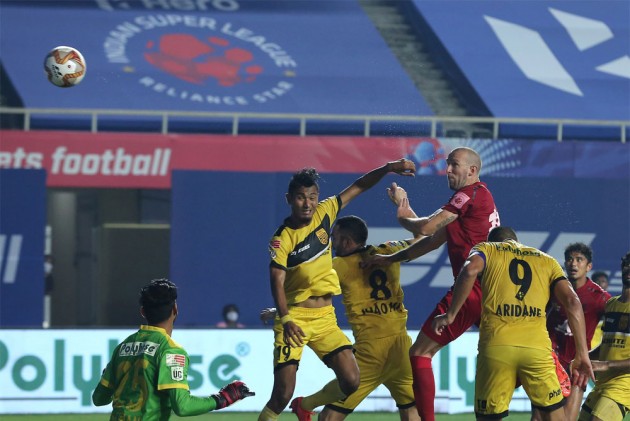 Hyderabad FC and NorthEast United failed to break away from the pack chasing the final two Indian Super League (ISL) playoff spots as they cancelled each other out in a goalless draw at the Tilak Maidan Stadium on Sunday. (More Football News)

While Hyderabad moved to third on goal difference, NEUFC climbed above FC Goa to fourth. The Gaurs, however, have a game in hand and will face leaders Mumbai City FC on Monday.

No one was able to find the breakthrough in the first half with defences of both sides standing tall. Despite hogging possession, Hyderabad registered just one shot on target against NEUFC in the first half — their lowest against any opposition this season, highlighting their inefficiency in the final third. Meanwhile, NEUFC eventually grew into the game and fashioned better opportunities as the first half drew to a close.

Hyderabad fashioned a half-chance early on when Halicharan Narzary whipped a cross in to the box. Aridane Santana attacked the ball and leapt high but Dylan Fox made a brave clearance, following a clash of heads.

NEUFC created their first big chance in the 24th minute from a free-kick. Luis Machado raced down the left and delivered a cross that was cleared out by Akash Mishra. Lalengmawia pounced on the loose ball but aimed his header straight at Hyderabad keeper Laxmikant Kattimani.

NEUFC won another free-kick in the later stages of the first half and they should've done better. Federico Gallego pinged the ball towards Benjamin Lambot at the far post, who flicked the ball towards Machado. The Portuguese forward failed to make any contact with the ball, missing a sitter from close range. However, the linesman later raised his flag after Lambot had strayed offside.

The second half proved to be drab, with neither team able to register a single shot on target.

The best chance of the half came during the 85th minute after substitute VP Suhair won NEUFC a free-kick. Gallego fired a teasing cross towards the far post and picked out Lambot but the defender blazed his header over the bar.

The Highlanders continued to push for a winner and came close to doing so in injury time. Gallego threaded a fine through ball in the box for Machado but Kattimani came off his line well in time to avert danger.