ISL 2020-21: Kerala Blasters Have Task Cut Out Against Mumbai City

Kerala are languishing at the ninth spot in the 11-team table, having won just thrice in 15 outings. To make matters worse, they have a poor record against Mumbai City FC. 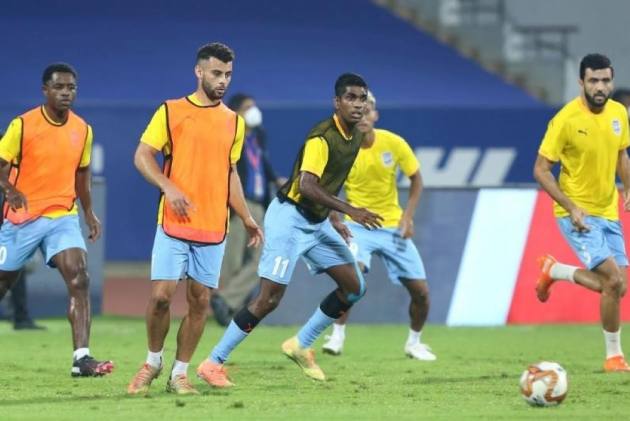 Kerala Blasters will have to play out of their skins to get their stuttering campaign back on track when they face leaders Mumbai City FC in the Indian Super League here on Wednesday.

Kerala are languishing at the ninth spot in the 11-team table, having won just thrice in 15 outings. To make matters worse, they have a poor record against Mumbai City FC.

In their last five meetings, Kerala have failed to register a single win against Mumbai, losing three and drawing the other two.

But as his side prepared to take on the league leaders at the GMC Stadium, Kerala coach Kibu Vicuna sounded optimistic.

"They're the leader of the competition. They're a very good team, very good players with a good coach. It's a big challenge for us as we have to come back and get a win tomorrow," Vicuna said on the eve of the match.

"We are ready to face Mumbai City. They are a good team and we will try to get three points," Vicuna added.

Kerala have struggled against coach Sergio Lobera's teams in the past. The former FC Goa coach enjoys his best success rate against Kerala, emerging victorious in six matches and drawing one.

In their previous outing, Kerala squandered a two-goal lead to go down 3-2 against ATK Mohun Bagan, with some controversial decisions going against the team.

However, Vicuna chose to overlook that and concentrate on the upcoming game.

"We have to focus on the game as that is the only thing we can do. What we can do is do better and play better," he said.

Meanwhile, Mumbai will look to end their recent poor form. The side has won just one of the last four games, a run which also saw their second defeat of the campaign, against NorthEast United FC.

"We knew this situation was possible because it is practically impossible to not lose any game during the season. We lost the first game to NorthEast. Never before during the same season has one team gone 12 games unbeaten," said Lobera.

"We are ready (for a reaction) because we know in this competitive league, this situation was possible. We are not (going to let this) affect us because we need to continue improving and work with the same ambition in the same way.

"We need to learn from our mistakes as always but I am not worried," Lobera added.