Bright Enobakhare scored in the 59th minute for SC East Bengal, who seemed to be cruising towards the win until the stoppage-time leveller from Santana 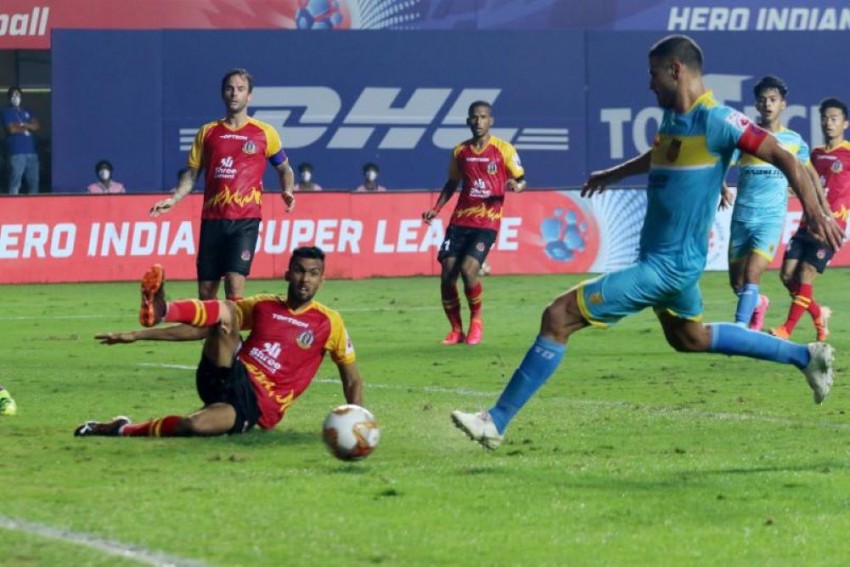 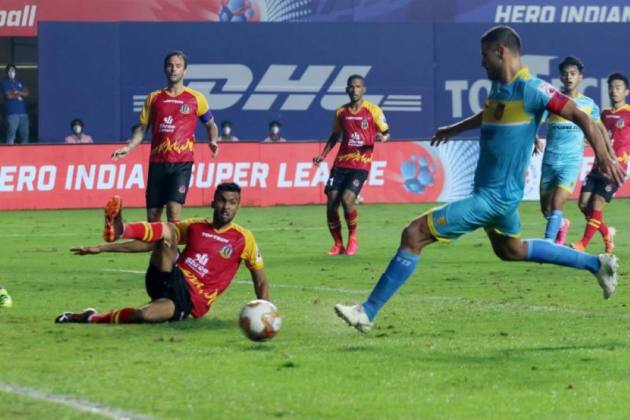 Aridane Santana scored a last-gasp equaliser to help Hyderabad FC hold SC East Bengal to a 1-1 draw and dent the Kolkata side's hopes of making it to the playoffs of the Indian Super League here on Friday. (More Football News)

Bright Enobakhare scored in the 59th minute for SC East Bengal, who seemed to be cruising towards the win until the stoppage-time leveller from Santana. The result extended the Nizams' unbeaten run to nine games.

With the draw, Hyderabad are at third spot with 24 points from 17 matches while SC EB are at ninth with 17 points from as many matches. Both the sides are left with three matches each in the league phase.

Hyderabad FC made two changes in their playing XI as Liston Colaco and Joel Chianese came in for Mohammed Yasir and Fran Sandaza, while SC East Bengal reposed faith in the same XI that defeated Jamshedpur FC in the previous encounter.

The Nizams enjoyed better possession early on but SCEB had more shots on target. The Kolkata side created more opportunities compared to Hyderabad in the first session.

However, it was Hyderabad who had the first real chance in the game. Lluis Sastre sprayed a defence-splitting pass to Chianese, who managed to time his run and remain onside. But Subrata Paul came off his line to make a crucial save to deny them the lead.

Hyderabad stitched together some good passes but were found lacking in the final third. They were rescued at the back by a superb Laxmikant Kattimani who pulled off three crucial saves.

Kattimani first denied Ankit Mukherjee twice. Then Anthony Pilkington took a shot only to see it tipped behind for a corner by an alert Kattimani.

Things intensified in the second session. After one team hit the post, the other scored against the run of play.

Aridane Santana saw his effort come off the post before SC East Bengal took the lead. Raju Gaikwad's clearance from the box found Pilkington, who headed the ball towards Bright. The Nigerian made a dazzling run, beating his marker Chinglensana Singh, before shooting past the onrushing Kattimani.

Hyderabad tried for an immediate response when Akash Mishra took a long shot but his left foot strike was dealt by Subrata, who pushed it away for a corner. Sandaza then put the ball in the back of the net, but it was ruled offside.

SC East Bengal were unlucky not to be awarded a penalty late in the game. Bright got past Kattimani and went down under pressure from the custodian, but the referee showed no interest in the appeal

Then came Santana's late equaliser. Rohit Danu found Sandaza, who sent in a low cross towards the far post and Santana tapped in from close range.

Hyderabad were down to 10 men when Yasir was shown a straight red card but they held on for the draw.