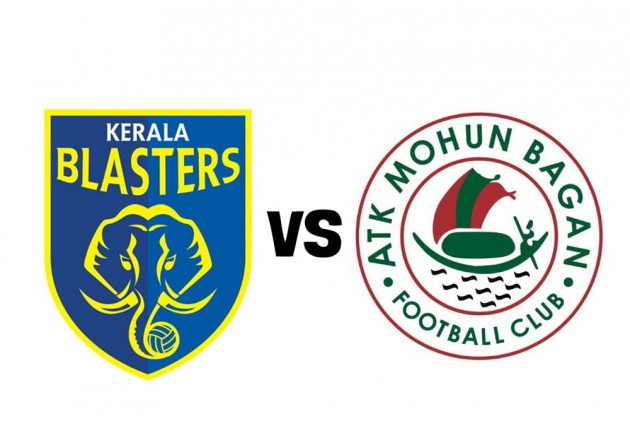 And the encounter will witness the emergence, in its literal sense at least, two of India's biggest footballing clubs as a combined outfit in ATK Mohun Bagan, even as Kerala Blasters continue to search for a winning formula. The clash, indeed, is one of the fiercest in the league's history for so many reasons.

ATK Mohun Bagan, representing the green and maroon half of Kolkata's footballing past and present, still have Sourav Ganguly at the helm, making things easier for everyone. Also, both ATK (ISL) and Bagan (I-League) were champions of their respective 'divisions' last season, and their merger sure gives birth to a new superpower.

In contrast, Blasters, who lost two ISL finals (in 2014 and 2016) to ATK, have been struggling to find a new identity and success after the departure of Ganguly's former opening partner Sachin Tendulkar. The Master Blaster ended his association with the franchise in the mid-2018 season. Last season, they finished seventh in the points table.

But this is a new season, and everything starts afresh.

And the focus will be on a certain Kibu Vicuna, the man who helped Bagan win the I-league title last term. With ATK Mohun Bagan going with ATK boss Antonio Habas, Vicuna was forced to seek a new home and Blasters roped him as their new head coach.

When the two teams meet in the season opener, Habas will look to avenge last season's 'double' against Blasters. It was a blot in his otherwise brilliant campaign. In the season opener last season, Bartholomew Ogbeche, who has since left Blasters, scored a brace to help the Kerala outfit win 2-1. In the return leg in Kolkata, Halicharan Narzary scored the lone goal to complete a league double.

Then, there is Sandesh Jhingan. The India international, after establishing a seemingly unbreakable bond with Blasters fans, moved base and joined ATK Mohun Bagan. His performance will be keenly followed.

With that, here's all you need to know about the match:

The ISL 2020-21 matches will be shown live in 82 territories across the world. Check complete telecast and streaming details HERE.