Goncalves scored in the 15th and 21st minutes for Chennaiyin before Diego Mauricio struck screamer in the 64h minute to give Odisha some hope. 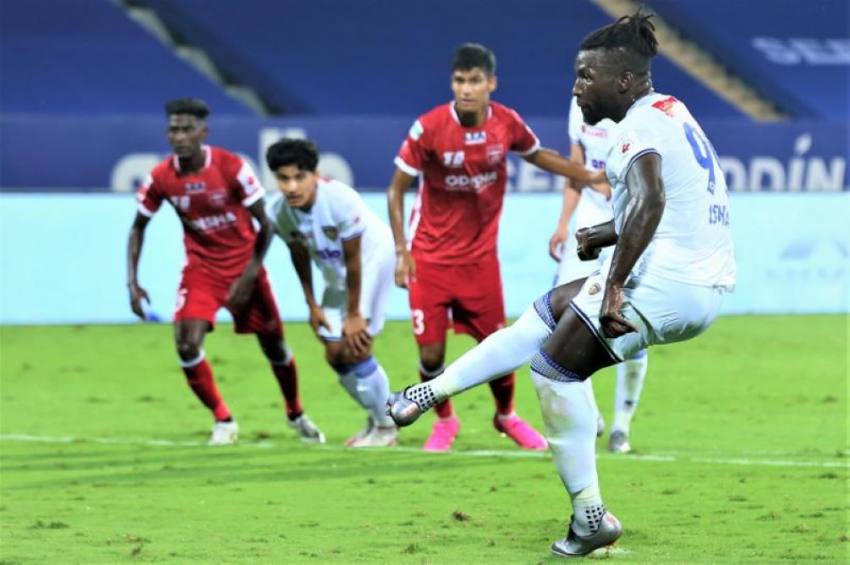 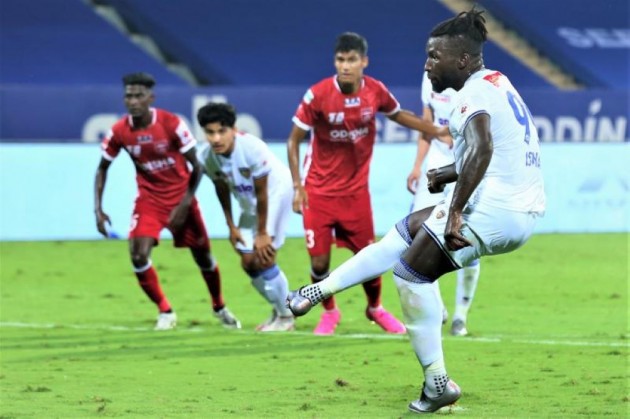 The first clash between the two sides this season had ended in a goalless draw.

Goncalves scored in the 15th and 21st minutes for Chennaiyin before Diego Mauricio struck screamer in the 64h minute to give Odisha some hope.

After struggling for goals all season, Csaba Laszlo's men turned on the style against Odisha, scoring two in the opening quarter of the game.

Portuguese forward Goncalves opened the scoring in the 15th minute, before putting Chennaiyin two-up by converting a penalty in the 21st minute.

However, Mauricio reduced the margin after the change of ends to keep Odisha in the hunt. But Chennaiyin held fort to secure the win, which lifted them all the way to fifth place in the standings.

Goncalves had the chance to put his team ahead in the fifth minute when he got in behind the Odisha defence, but with only goalkeeper Arshdeep Singh to beat, he blasted his chance over.

However, he made amends for that 10 minutes later with a well-taken goal. Gaurav Bora failed to deal with a long ball from Rahim Ali and it fell towards Goncalves, who did not make a mistake this time.

Chennaiyin doubled their lead six minutes later. Bora was again at fault, hacking down Anirudh Thapa in the box. Goncalves stepped up to take the spot-kick and sent Arshdeep the wrong way.

Chennaiyin defended well after securing a comfortable lead as Odisha struggled to create clear-cut chances. The closest they got in the first half was in the 37th minute when Manuel Onwu found himself with the ball at his feet and a sight on goal, but he shot wide.

With a couple of early inroads into the Odisha box, Chennaiyin looked the team likelier to score. However, Mauricio, who replaced Marcelo Pereira at halftime, had other plans as he pulled one back for his team in spectacular fashion with a long-range curler.

Chennaiyin had a great opportunity to restore their lead late on when Lallianzuala Chhangte, after an excellent run, squared the ball to substitute Thoi Singh.

However, the veteran, despite only having the keeper to beat, failed to get his shot on target.

Odisha almost took advantage of this in the 85th minute when Daniel Lalhlimpuia managed to get a shot in from just outside the box but keeper Vishal Kaith pulled off an excellent diving save.

Odisha piled on the pressure in the closing minutes but were unable to find the equaliser.

Sri Lanka Vs England, 1st Test, Galle, Cricket Live Streaming: When And Where To Watch The Match