Kerala Blasters and NorthEast United had two of the worst defense tallies in the ISL last year, only managing three clean sheets each 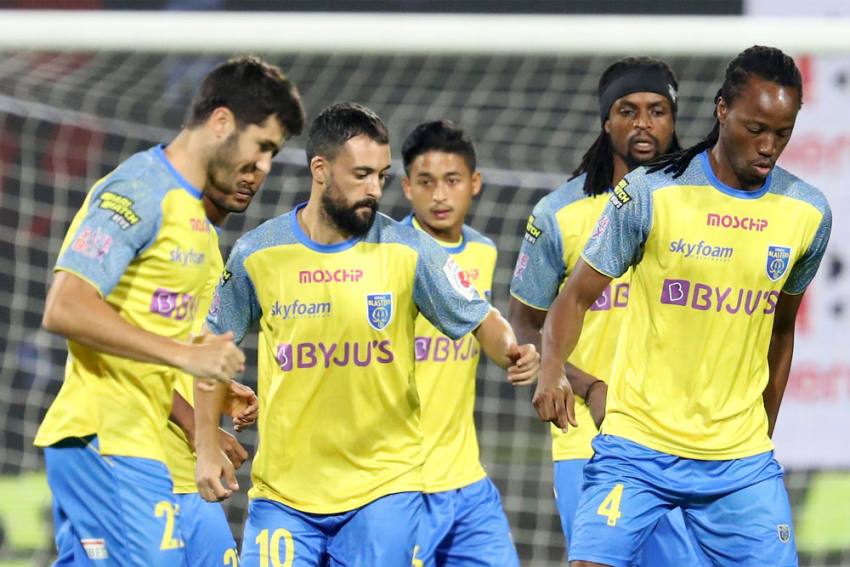 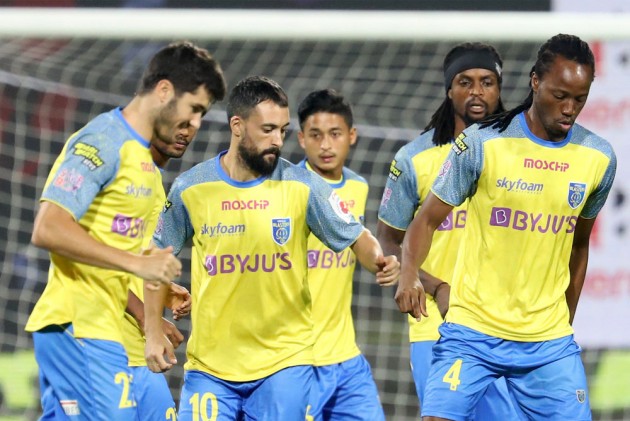 Kerala Blasters will look to notch up their maiden win of the season when they take on NorthEast United FC in the Indian Super League match in Bambolim, Goa on Thursday. (More Football News)

Kerala Blasters went down 0-1 to ATK Mohun Bagan in their opening match.

They currently occupy the ninth spot, while North East side, that shocked Mumbai City FC in their opener and impressed many by their defensive resilience, are placed fourth on the points table.

Kerala coach Kibu Vicuna said he is well aware of the challenge his side will have to overcome to earn the three points.

"They played a very good match against Mumbai City and they are a very good team. For sure, they are going to be a strong team and a very tough challenge for us," Vicuna said on the eve of the match.

On the other hand, Nus will back his defenders to continue their good run against a Kerala side that did not manage a single shot on target in their loss to ATK Mohun Bagan.

"Kerala Blasters have one of the best squads in ISL. They are a tough team to play against. They are good in the build-up, organisation, and set-pieces. They can create chances in so many ways. It is going to be a hard match," Nus said.

Kerala and NEUFC had two of the worst defense tallies in the league last year, only managing three clean sheets each.

While NEUFC seems to have worked on bolstering their backline, the same old woes are haunting Kerala. In their opener against ATKMB, the goal that cost them the game came from a defensive mistake.

However, coach Vicuna insisted that things will improve with time and that his Kerala side is essentially a work in progress.

"It takes time and we are in the process. I think with time, we are going to be better, we are going to play better. We have a lot of new players, both Indian and foreign. So it will take time to create our identity as a football team," he said.