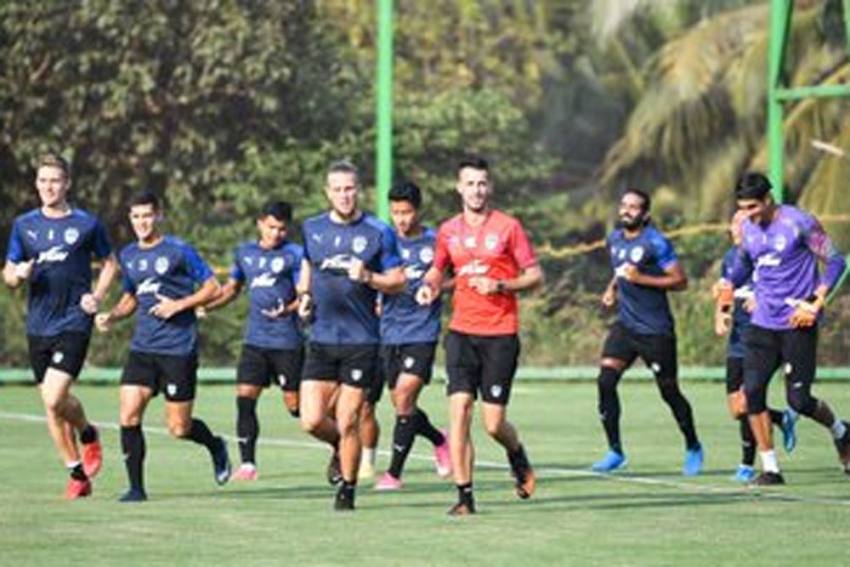 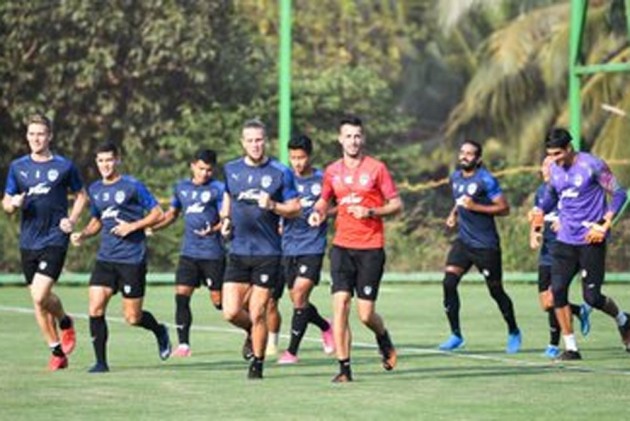 Held to a frustrating draw by FC Goa in their lung-opener, former champions Bengaluru FC would look to record their first win when they take on a buoyant Hyderabad FC in an Indian Super League match in Margao on Saturday. (More Football News)

Bengaluru wasted a two-goal lead in their first game to settle for a 2-2 draw and head coach Carles Cuadrat will be demanding an immediate response from his team led by the talismanic Sunil Chhetri.

For Hyderabad FC, they are already close to bettering their performance in the debut season last year.

They had defeated Odisha FC 1-0 in their campaign opener and that is already half the number of wins of last season.

But as they prepare to take on Bengaluru FC at the Fatorda Stadium on Saturday, coach Manuel Marquez knows it's important to build on their win over Odisha.

"It's important to start with the victory. But they (BFC) are a good team. We will play against one of the aspiring teams for the title and it will be a difficult game," said Marquez in the pre-match press conference.

Liston Colaco impressed for the Nizams coming on as a second-half substitute against Odisha and Marquez hinted the Goa-born could make it to the starting eleven.

"There are possibilities of him (Liston) starting after what he did in the previous game. He is an important player for the team," he said.

Cuadrat, on the other hand, said his team has another plan against Hyderabad.

The presence of Joao Victor and Odei Onaindia in Hyderabad's defence and custodian Subrata Paul, who has 27 clean sheets in ISL, could make it difficult for Bengaluru to score.

Bengaluru do not have the best scoring record against Hyderabad -- they have only scored two goals in two games.

"We watched their victory against Odisha and there is no denying, they have a lot of positives. I am expecting a tough game with a team that has a lot to win and not so much to lose. It will be interesting," said Cuadrat.

While Bengaluru have no injury concerns ahead of the game, Francisco Sandaza will not be available for Hyderabad.