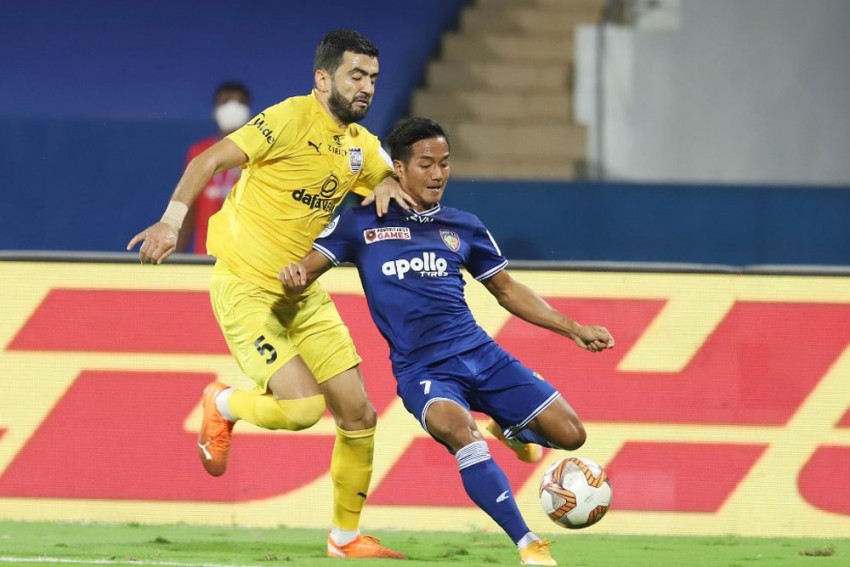 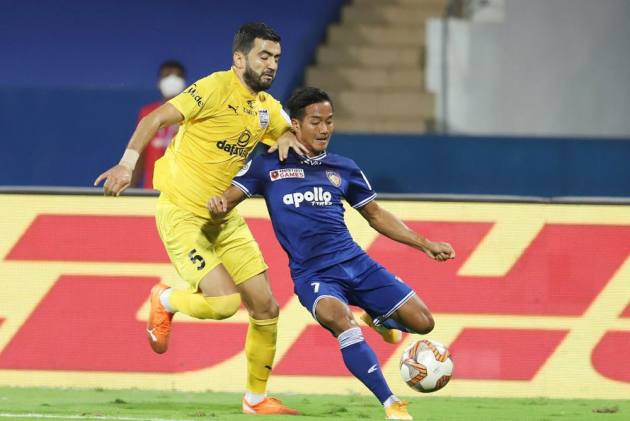 A terrible late error in the box by Ahmed Jahouh rewarded Chennai’s perseverance and an improved second-half display as they held Mumbai City FC to a 1-1 draw in the Indian Super League (ISL) 2020-21 at the GMC Stadium, Bambolim on Monday. (More Football News)

However, the result meant the Islanders extended their unbeaten run to 12 games, matching FC Goa's record.

Mumbai grabbed the lead through Bartholomew Ogbeche (21') but his goal was canceled out by Esmael Goncalves (76') as Chennaiyin rallied to earn a hard-fought point.

The opening 45 minutes were nothing short of entertainment with both sides creating ample chances and testing each other. However, Mumbai proved more clinical than their opponents in the attacking third and deservedly led at the break.

Chennaiyin dominated the opening exchanges and created a chance as early as the second minute. Goncalves won the ball in midfield and played Thoi Singh on the right flank, whose cross was flicked by Mourtada Fall just outside the box. It fell towards Lallianzuala Chhangte who unleashed a shot on his weaker foot which was parried away by Amrinder Singh.

Another chance went begging for Chennaiyin, this time from a set-piece. Chhangte whipped a dangerous cross through a corner for Eli Sabia, who got a free header but saw his effort sail over the crossbar.

Those missed opportunities would haunt Chennaiyin as Mumbai broke the deadlock. The Islanders have scored the most goals from set-pieces this season and opened the scoring in a similar fashion.

After Amey Ranawade's throw was cleared away poorly, Rowllin Borges found Bipin Singh on the left. The winger delivered a delicious cross at the far post for Ogbeche, who thumped a brilliant header to notch his fifth goal of the season. That was his 32nd Hero ISL goal as he overtook Marcelinho to climb to third on the all-time scoring charts.

Chennaiyin began the second half strongly in search of an equaliser but neither side was able to fashion clear-cut chances as the game progressed.

However, they were fortunate to win a penalty after an error from Ahmed Jahouh. The midfielder was deemed to have tripped Jakub Sylvestr in the box. Goncalves stepped up to take the spot-kick and sent Amrinder the wrong way to draw Chennaiyin level.

Mumbai piled on the pressure in the last quarter of the game but Chennaiyin's defense stood tall to deny their opponents any chance of finding a winner.