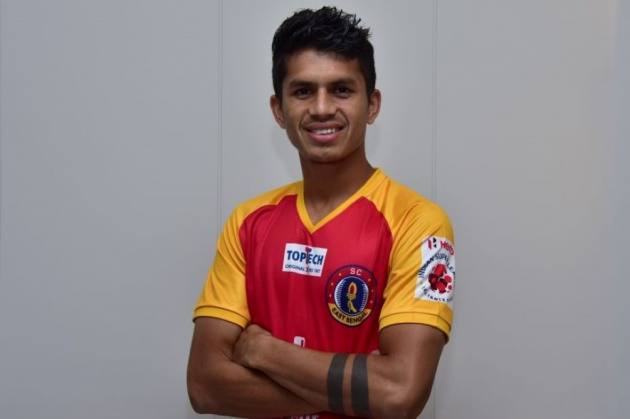 SC East Bengal announced the signing of midfielder Ajay Chhetri on loan from Bengaluru FC for the remainder of the 2020-21 Indian Super League season on Friday. (More Football News)

Ajay, 21, is a defensive midfielder, who joined Bengaluru FC academy back in 2016, before being called up to the senior team during the 2018-19 season. The Manipur-born footballer made his ISL debut against Chennaiyin FC as BFC went on to win the title in the 2018-19 season.

He also represented BFC at the Durand Cup in 2019.

Coming through the ranks with Bengaluru FC B, he was part of the team that won the Bangalore Super Division two times in a row.

Ajay, who will be available for selection against Kerala Blasters FC on Friday, also had a brief loan spell at Hyderabad FC last season.

“I am delighted to join SC East Bengal. Every player wants to play for a big club like this and I am eager to take the field wearing the hallowed red and gold colours. I would also like to thank Bengaluru FC from where I started my journey.

“To all the SC East Bengal fans, I will try my level best to make you happy every time I play. I have been getting so many messages from all of you. The love you all have shown is overwhelming,” he added.

“We are happy to have Ajay with us. He is a talented young footballer who has been impressive and is always hungry to learn,” SC East Bengal head coach and Liverpool legend Robbie Fowler said.

The red and golds have been unbeaten in the last five matches and are currently placed ninth in the points table with 10 points from the same number of matches.