The second half of the seventh season of the Indian Super league, which marked the return of major live sporting action in the country amidst much anticipation, will start on January 12 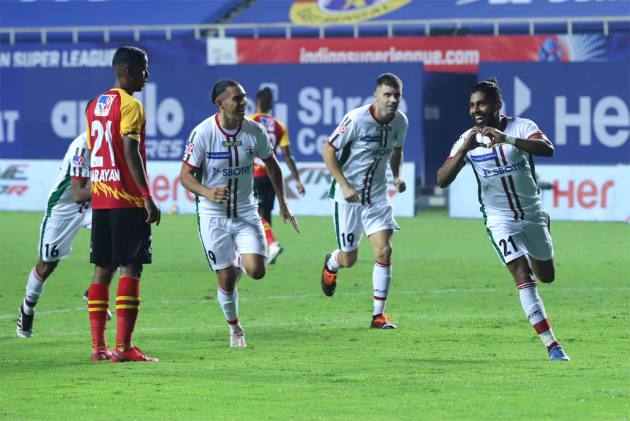 The much-anticipated return leg of the Kolkata derby between ATK Mohun Bagan and SC East Bengal in the Indian Super League will be played on February 19, the organisers announced on Saturday, releasing the fixtures for second leg of the tournament. (More Football News)

The second half of the seventh season of the league, which marked the return of major live sporting action in the country amidst much anticipation, will start on January 12 with NorthEast United FC taking on Bengaluru FC at the Tilak Maidan Stadium.

ATK Mohun Bagan will also be playing in the final league game of the season against Mumbai City FC as the league phase comes to a close on February 28.

There will further be seven double-headers in the remainder of the 55 league games of the season, all to be played on Sundays.

As the new year kicks in, ATK Mohun Bagan is perched at the top of the points table, closely followed by Mumbai City FC with the remaining nine teams posing a stiff challenge to topple them.

It will be interesting to see how the fortunes change with each team having had a glimpse of their opponents' firepower. Lots will be at stake with the top four positions for grab, including the most important League Winner's Shield.

The schedule and venue for the playoffs and final will be announced at a later date.